Degrees from Springfield College have opened many doors. An impressive resume may get you an interview, but when you couple the resume with the Springfield College education, it becomes very difficult for employers to turn you down. Springfield College is unlike any other experience. It truly is the only place to attend to prepare for a career in sport. The quality of the education is widely recognized and valued.

Once you depart Alden Street, the Humanics philosophy and education of the "whole"- in spirit, mind, and body stays with you. It’s been a vital part of the work I’ve done as both a coach and athletic administrator.

I feel blessed that I've been mentored by so many well respected individuals. Mentors don't often realize they've impacted someone until years down the road and that's one thing I've carried with me throughout my career. The influence a mentor can have just by taking a little more time with someone, lending advice, or just listening, can be so powerful.

I'll always be grateful to Head Women's Basketball Coach Naomi Graves. Although I made her team by the "skin of my teeth" (her words) it was a once in a lifetime opportunity to acquire critical life lessons through sport and, without realizing it, I began to hone my skills as a coach. When opportunity knocked I was equipped with enough to get me started. It was Naomi who recommended me for my first coaching job when I was a senior. One day I received a call from the head coach at Western New England College. It was then I learned Naomi had tossed my name into an assistant coach candidate pool. The remarkable part of it was that I only played two years of basketball for Naomi. My career took a turn from an anticipated physical education path to college coaching. Three years later while working the Springfield basketball camp, Naomi told me about the head coaching vacancy at Salve Regina University, and she was a strong advocate for my candidacy. A combination of right place-right time, the power of the SC network, and most importantly someone who believed in my potential for success, propelled me into a head coaching position at 24 years old.

Joe Sassi, a former Springfield College assistant women's basketball coach and current senior associate athletic director at WNEU, was instrumental in my development as an aspiring coach and administrator. As an assistant coach at WNEU, I had no other role in the department but he took a tremendous amount of time mentoring me. He too was a strong advocate when I pursued my first head coaching position.

Dr. Betty Mann was a tremendous role model. The consummate professional; I was enamored by her grace, poise, her presence in the room, and expertise. I admired her rapport with students and her humor.

Though I didn't have any formal interaction with Dr. Kathy Mangano, many of my friends played softball for her. I took great interest in her coaching philosophies and how she administered the program.  I know she was well respected by her student-athletes and had a lasting impact on their lives. I hoped that if I ever got into coaching that I'd have the same impact on my teams.

The Springfield College alumni network is a formidable force. You never know where you will meet a fellow graduate. Stay connected. As we are all goal-oriented people, be great at what you do but keep an eye on all of the directions your career could lead. Understand the skills you need to attain new heights. If you ever feel you haven't acquired enough knowledge to be successful to take the next step, don't be fearful of what you don't know when you earn that opportunity. Hard work and preparation will overcome any professional obstacle, and the SC alumni base will serve as a tremendous resource.

Who you want to thank personally for the role they have played in your success?

Kate Thomas G'11, head women's soccer coach at UMass Dartmouth, for nominating me for this humbling award. Kate is the most passionate person I know when it comes to her allegiance to Springfield College. The Humanics philosophy is fully integrated into her coaching style and I can see the positive impact she has on her student-athletes.

Nicole Ross '08, G'10, head women's soccer coach at Ohio Wesleyan University, is a passionate, creative, driven, leader. My work with her affirmed for me that Springfield College has stayed true to their methodology of developing the next generation of coaches and administrators.

Del Malloy, former athletic director at Salve Regina and current New England Collegiate Conference commissioner, took a chance on me at 24 years old. He had been a successful women's basketball coach at Wheaton College, and had transitioned to an AD role at Salve. While on his staff, he gently guided and supported without being overbearing. I thank him not only for the opportunity to become a head coach for the first time, but for allowing me the space to test my wings.

Louise Goodrum, former associate athletic director at UMass Dartmouth, was a great friend and mentor. She was a big part of the decision to hire me at UMD. She was adamant about hiring a solid administrator more so than a great coach. I'd like to think she got both in the hire and that I made her proud. Louise passed away in December 2011. Her influence still and will always echo in our hallways. She was a tremendous person lost too soon.

Ian Day, former athletic director at UMass Dartmouth and current associate vice chancellor for enrollment management. I will be eternally grateful to Ian for his decision to promote me to associate athletic director in 2012, and the faith he demonstrated in me as I stepped into the AD role when he departed.

Thank you to my beautiful partner Marjorie, for your support and enduring love. You have given me an unbreakable strength and courage that I will carry with me forever in spirit, mind, and body. 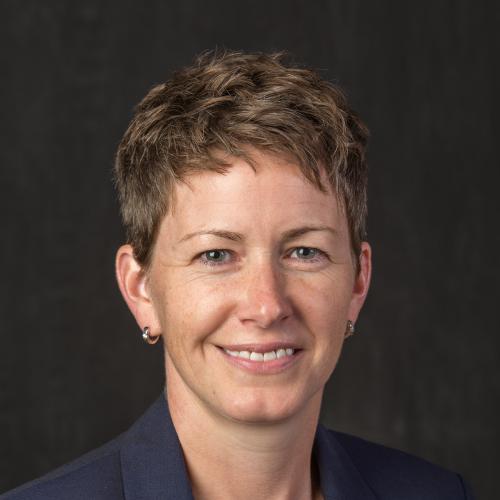 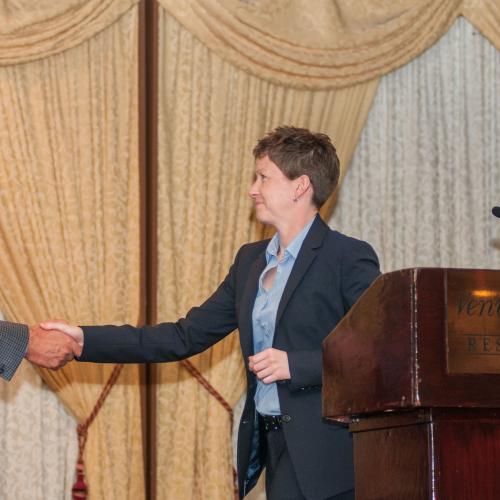 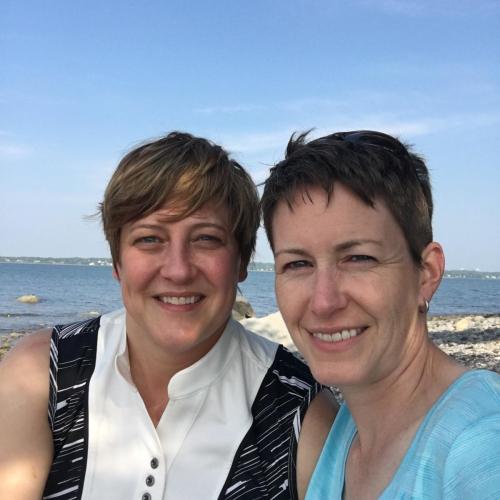