Obtaining my degree at Springfield College gave me a sense of accomplishment and prepared me for life after college.

Springfield College football coaches Mike Delong, Jack Holick, Mike Cerasuolo and all the graduate assistants. These legends taught me that “Hard Work Pays Off,” not only on the football field but in life.  Dr. Gordon Robinson taught me to look at things from outside the box and to always challenge yourself.  Father Leo taught me to focus on enjoying life and to live it to the fullest.

The best advice I would give to a student would be the advice that was given to me by Father Leo while I was a senior at Springfield College: “make memories.”

Every Friday during the fall semester of my senior year, I would go to Father Leo’s office and talk with him for about an hour. We always ended our discussion with a prayer and we would pray to keep my teammates and myself safe from injury for the upcoming game.

The last time I met and spoke to Father Leo was the week before our team’s playoff game against RPI. I told Father Leo that this could be my last game and our weekly meetings would be ending soon due to me graduating after the fall semester. Father Leo looked back at me with a big smile and asked “Well, what do you want to do after you graduate?”

I remember thinking to myself that I have spoken to this man for months and we never even discussed what I wanted to do with my life. I responded to the question with some hesitation and stated, “I want to be a cop.” Before Father Leo could respond, I told him that I knew being a police officer would be a stressful job which makes very little money.

Father Leo responded by saying that I was right, being a police officer is a stressful job but added that it makes an honest living. Father Leo then pulled his chair real close to mine and looked me right in my eyes. He told me that he was disappointed with the last comment in which I made reference to “little money.” He said, “Ryan, I have spoken to a lot of wealthy people in my life and most of them have one thing in common: regret.  Some people have chased money their whole lives and never had an opportunity to enjoy life.  These people often wish they spent more time being a better husband, father, or friend.  These people will unfortunately go to their graves with nothing to remember except for chasing money and missing out on the opportunity to enjoy life.”

Father Leo told me that I may never be wealthy in terms of having an abundance of money but that my wealth would be in memories.  Father Leo explained to me that he had listened to my stories for months and that one day I will look back on these memories when I get older.  These memories will put a smile on my face after a long stressful day of being a police officer and will be there to comfort me many years from now when it’s my time to leave this earth. Father Leo ended the conversation by saying that life isn’t measured by money, it’s measured by the memories you make and the positive affect you have on others. After the conversation was over, I remember getting out of my seat and giving Father Leo a hug that almost brought me to tears.  Prior to leaving his office, I thanked him for being there for me. Father Leo responded with a big smile and he said thank you for the memories. I left Father Leo’s office and that was the last time we ever spoke in that type of capacity.

I didn’t realize it then but that conversation was the most influential conversation I have ever had in my life. So my advice to students is simple: “make memories.”

I would like to thank football coaches Mike Delong, Jack Holick, and Mike Cerasuolo as well as all the graduate assistants and players that I played with during my time at Springfield College. The values that I learned from playing football at Springfield College truly shaped me into the person I am today. Have a Day gentleman.

I would like to say thank you to my parents Diana and Manny Santo who were always there to support me. I would like to thank my brother Manny who was my role model growing up. I would not be where I am today if I didn’t grow wanting to fill your shoes.

I would like to thank my roommates Jeff Barry, Jesse Baker, Dustin Grosso, Andrew Macfadyen, and T.J Alvino. Thanks for the memories boys. I would also like to say thank you to Wilfred Hill and Joseph Osediacz for not turning their backs on me at a time in my life when most people did.

Finally and most importantly, I would like to thank my wife Elizabeth. We met at Springfield College which is another reason why the college holds such a special place in my heart. My wife has been there with me through all the peaks and valleys and has stuck by me when most people would have left. She has supported me through all my success and picked me up after my failures. She is the greatest thing that has ever happened to me and I would not be where I am today without her. Thank You. 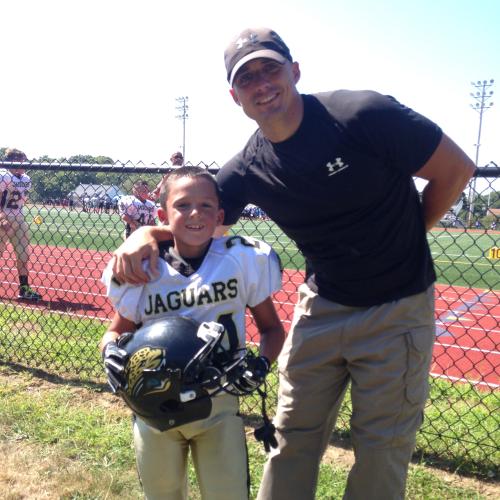 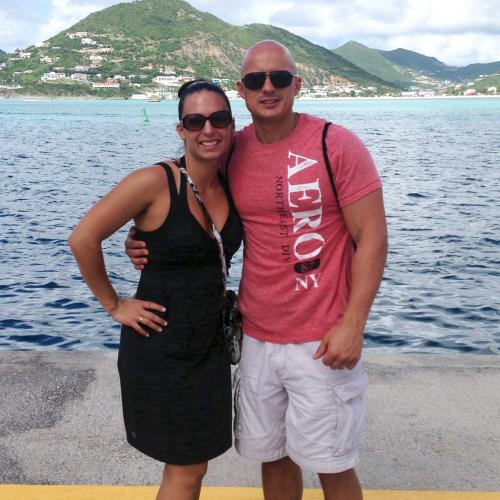