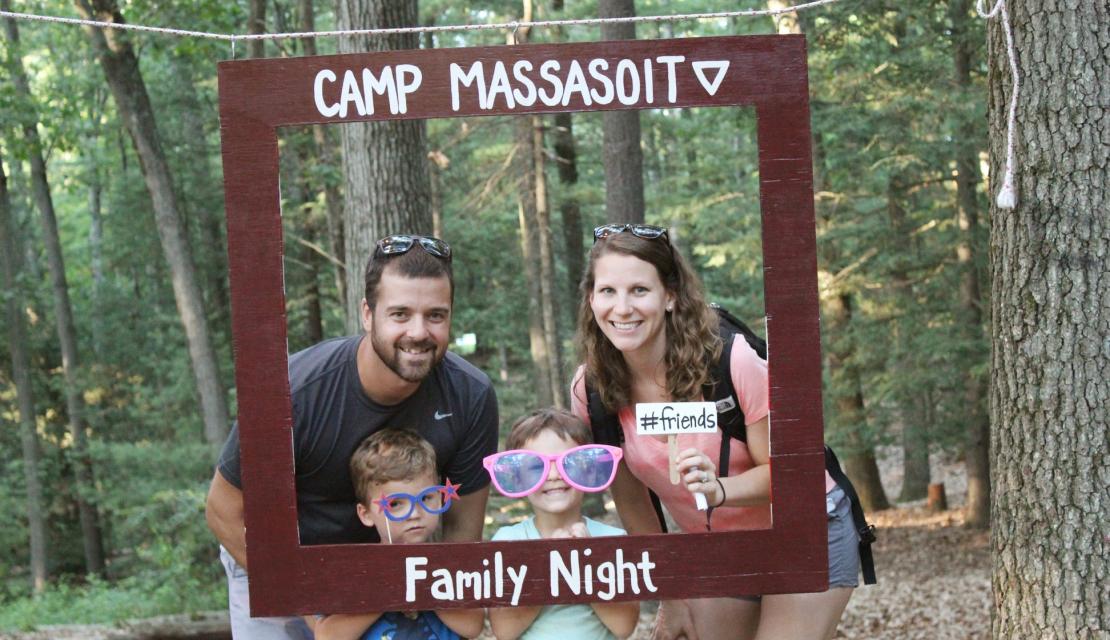 As a sign of gratitude for bringing them together, Kevin McNeill ’07 and Joanna Tsoumas McNeill ’09, G’11, made their first gift to Friends of East Campus in 2016 and have given each year since then.

The roots of the McNeill family started during Joanna’s childhood. She began going to Camp Massasoit as a child and eventually became a counselor there when she was in high school.

When she began looking at colleges, Springfield College was the only place she applied.

“My mother was a professor there and I was interested in education, so it fit the bill,” she said.

As a student, Joanna continued to work at Camp Massasoit in the summer and as a facilitator during the academic year. Camp Massasoit is where she first met Kevin, who was also working as a counselor.

“We had been on campus for two-and-a-half years and had never met. We were totally different, our friends ran in different circles. He was into sports, I was an RA. But we had a passion for teaching and working with children that brought us together,” Joanna said.

Now married, the couple both work in education and are living Camp Massasoit memories vicariously through their son.

“He absolutely loved it and still talks about it. I really saw his confidence grow,” Joanna said. “When he started kindergarten this year there was zero nervousness. He had developed the ability to interact with different people, even people of different ages.”

While some parents are nervous about sending their children to camp for the first time, Joanna and Kevin had firsthand knowledge of the impact Camp Massasoit can have on youth. Joanna had even looked at other camps and concluded there was nothing quite like Camp Massasoit.

“As a camper it taught me so many leadership skills and developed my confidence. As a counselor, I loved everything about team building and group initiatives and how you interact with people and get them to work on a problem. These are things I use now in my job as a teacher,” she said.

Although the Camp Massasoit has added more programs since Joanna was a camper, it has retained the same core values: experiential learning in an out-of-doors setting with an emphasis on respect for yourself, your peers, your counselors, and the environment. Because there are so many activities and opportunities to try new things, her son was able to discover how much he loved archery.

For Kevin and Joanna, supporting Friends of East Campus is about more than giving back to the place that gave them so many memorable experiences; it’s about ensuring their children are able to have even better ones.

Explore the Friends of East Campus
The Impact of Giving
Make your gift today!