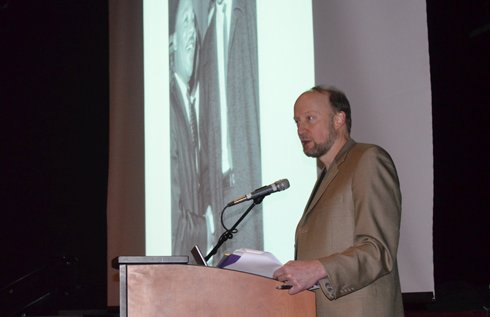 Dobrow, who is a national award-winning journalist and author, shared his research for a forthcoming book that details the circumstances surrounding King’s commencement speech at the College 50 years ago this coming June.  King visited Springfield College on June 14, 1964, just 10 months after the “I Have a Dream” speech and six months before receiving the Nobel Peace Prize.

In 2004, Dobrow’s article in the Triangle magazine entitled, “The Time is Always Right to do Right,” paid homage to King and recapped a historic moment between the College and King.

MEDIA MENTIONS LEADING UP TO THE LECTURE

Leading up to the lecture, Dobrow appeared on the WHYN AM 560's morning and he also appeared on WGBY's Connecting Point.   Click here for a preview of the show.