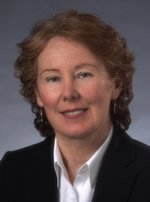 Irene E. and George A. Davis Foundation Executive Director Mary Walachy will be the recipient of the 2015 Springfield College Humanics Achievement Award as part of the undergraduate Commencement ceremony on Sunday, May 17, at 9:30 a.m., at the MassMutual Center in Springfield.

The Springfield College Humanics Achievement Award recognizes an individual or group who has exhibited courage in the face of adversity, demonstrated leadership in service to others, advanced diversity and inclusion, served as a champion for the oppressed, furthered education in spirit, mind and body, or contributed significantly to the understanding of the universe.

Walachy took on the role of executive director of the Irene E. and George A. Davis Foundation in 1997, with her primary responsibilities including the development of the organization’s strategic direction and new funding initiatives and guidelines, as well as providing general oversight of the foundation’s administration. Walachy has overseen the Cherish Every Child Initiative as it assisted in the passing of universal PreK legislation in Massachusetts and highlighted the importance of long-term return on investing in early childhood education.

Along with her work with Cherish Every Child, Walachy directed the Davis Foundation into new collaborative endeavors, including the CAN DO initiative between the Robert Wood Johnson Foundation and the Hampden County Regional Employment Board, which focuses on the nursing shortage in western Massachusetts. She also developed a partnership with Lumina, Balfour, and Boston Foundations to establish the Achieving the Dream Initiative, designed to address community college retention and graduation rates.

Walachy’s dedication to the community does not end at the Davis Foundation. She is a co-chair for Homes Within Reach, a member of the Springfield Chamber of Commerce Board of Directors and Executive Committee, and a member of the steering committee for the Massachusetts Early Education for All campaign.

Prior to joining the Davis Foundation, Walachy served as an executive director for the Mental Health Association of Greater Springfield after earning a Master of Social Work from the University of Connecticut.