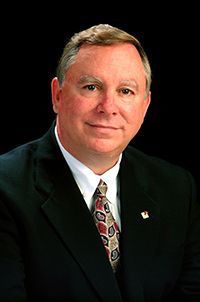 Retired president and CEO of the YMCA of Greater Houston Clark Baker will be the recipient of the 2016 Springfield College Humanics Achievement Award as part of the undergraduate Commencement ceremony on Sunday, May 15, at 9:30 a.m., at the MassMutual Center in Springfield.

The Springfield College Humanics Achievement Award recognizes an individual or group who has exhibited courage in the face of adversity, demonstrated leadership in service to others, advanced diversity and inclusion, served as a champion for the oppressed, furthered education in spirit, mind and body, or contributed significantly to the understanding of the universe.

Clark has led Houston’s YMCAs through tremendous growth, increasing the budget from $67 to $118 million and expanding the Y’s capacity from 28 centers to 37. That evolution led to the YMCA of Greater Houston serving 650,000 people annually to now reaching more than 1,000,000 people per year. Baker’s dedication to the YMCA has strengthened communities, brought people together, and spread good throughout the YMCA movement and beyond.

Baker attended Vincennes University for two years before enrolling at Covenant College in Georgia, where he graduated with a bachelor’s degree in organizational management. He retired from his role as president/CEO of the YMCA of Greater Houston in 2015.