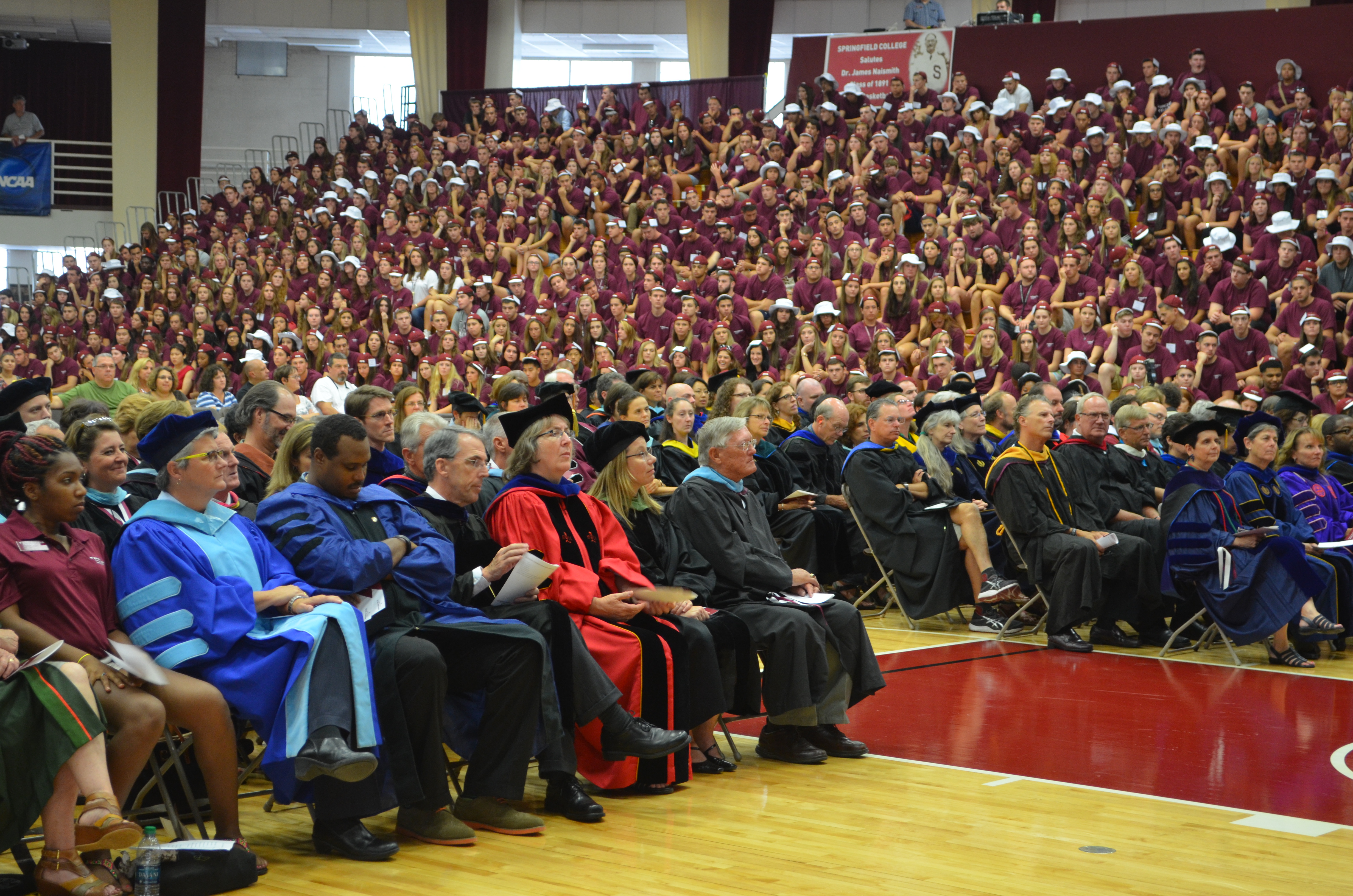 The weekend is filled with group activities, including some time together at the College's East Campus, a “nature zone” a mile and a half from the main campus. Incoming first-year students were given their traditional Springfield College beanies to wear throughout the duration of new student orientation, which concludes on Monday, Sept. 7.  Classes officially begin on Tuesday, Sept. 8.