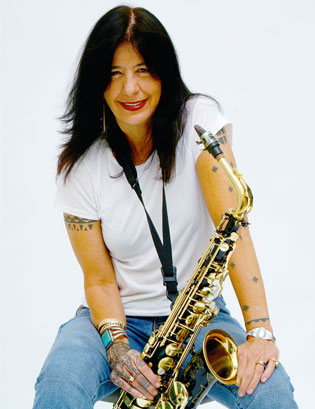 Springfield College welcomes internationally known poet, writer, performer, and saxophone player of the Mvskoke/Creek Nation Joy Harjo on Tuesday April 5, 2016 at 7:00 p.m. in the Cleveland E. and Phyllis B. Dodge Room, Flynn Campus Union. Harjo is Professor of English and American Indian Studies at the University of Illinois at Urbana-Champaign and lives in Tulsa, Oklahoma. In the fall of 2016, she assumed the Chair of Excellence in Creative Writing at the University of Tennessee, Knoxville.

Her many writing awards include the 2015 Wallace Stevens Award from the Academy of American Poets for proven mastery in the art of poetry; a Guggenheim Fellowship; the New Mexico Governor’s Award for Excellence in the Arts, the Rasmuson United States Artist Fellowship, and the William Carlos Williams Award from the Poetry Society of America. In 2014 she was inducted into the Oklahoma Hall of Fame.

Harjo has published eight books of poetry including her newest collection, Conflict Resolution for Holy Beings and her memoir Crazy Brave. She is currently working on her next memoir, and she has a commission from the Public Theater of NY to write We Were There When Jazz Was Invented—a musical play that will restore southeastern natives to the American story of blues and jazz.

In addition to her renown as a writer, Harjo is an acclaimed musician, performing with her saxophone nationally and internationally, solo and with her band, The Arrow Dynamics.