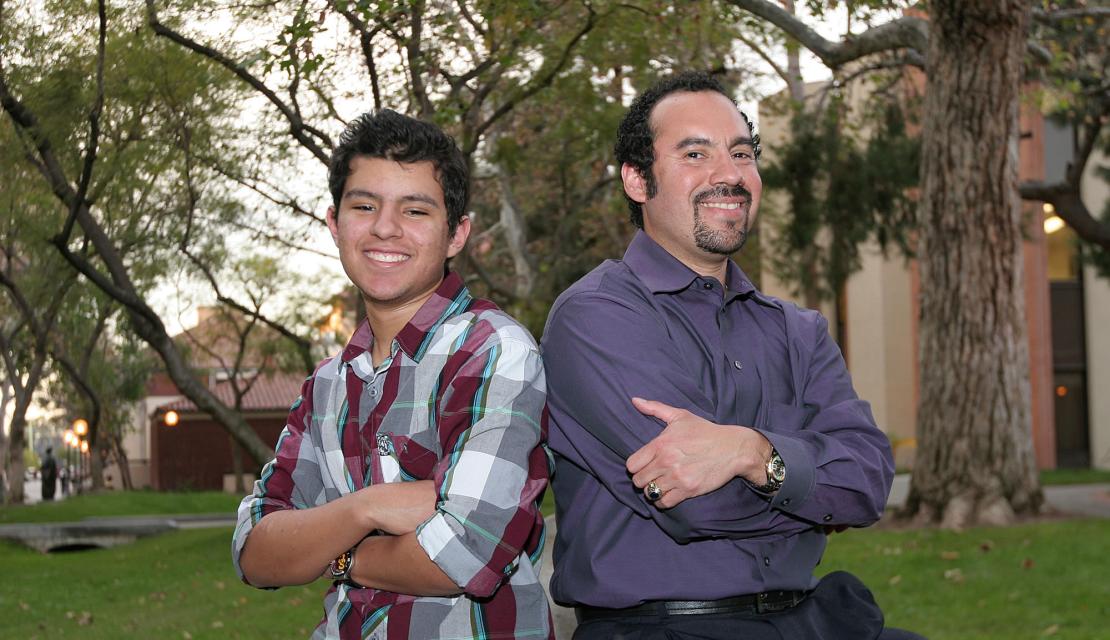 Miguel Trujillo skipped his high school reunion because he was embarrassed by not having his degree, or hopes of improving his career without it.  At 37, he still wished that, someday, he would walk across a stage and graduate.  He had enrolled in various colleges over the years, switched majors, and not finished.

Thinking that it could take more than 10 years to earn his degree part-time while working, he had almost given up when a coworker described Springfield College School of Human Services (SHS).  “Check it out,” he said.  “You could have your degree in 16 months.”

My advice is: you're never too old. The most successful people in history have made their greatest accomplishments after age 40.

With trepidation, Trujillo made an appointment with the admissions staff, but was thrilled with their encouragement and help.  The assistant dean even dropped in to talk with him personally.  Afterward he thought, “This is it!”  SHS laid out an academic plan specifically for him.  It included a plan for a portfolio of life and work experience that is equivalent to college-level learning and worth up to 30 credits.  “I started believing that this would be my last try, and it could work.”

Trujillo started classes nervously, but committed to success.  He thrived at working with students and teachers in small groups.  “We became like a family, helping one another through encouragement and constructive criticism.  My teachers were great, and gave me reinforcement to keep going.”

A pivotal event came when Trujillo’s classmates and faculty asked him to give the class speech at their graduation.  He felt deeply honored, but also terrified.  It meant overcoming his dread of public speaking dating back to a humiliating failure in middle school.  This time, his speech was a triumph.  His son Edgar clapped so enthusiastically that his hands were a blur.  Trujillo takes paternal pride in the effect that earning his degree has had upon Edgar.  Edgar stepped up his own school performance and became an honor student in the top one percent of his class for six years as well as a tutor of older students.  Edgar went on to be accepted into summer programs at Harvard University and the University of Southern California.

Inspired by the Springfield College service mission, Trujillo and Edgar together founded FundsforStudents.org. in 2011 to help teenagers in their neighborhood.  The group meets two evenings a week, and Trujillo provides academic help and lessons for success in life.  He also helps them with applications for college admissions and financial aid and works on finding scholarships and raising funds for college.

“It has been a great ride, and has gone by quickly,” Trujillo says.  “This fall, I’ll begin the SHS master’s degree program.  My advice is: you’re never too old.  The most successful people in history have made their greatest accomplishments after age 40.”