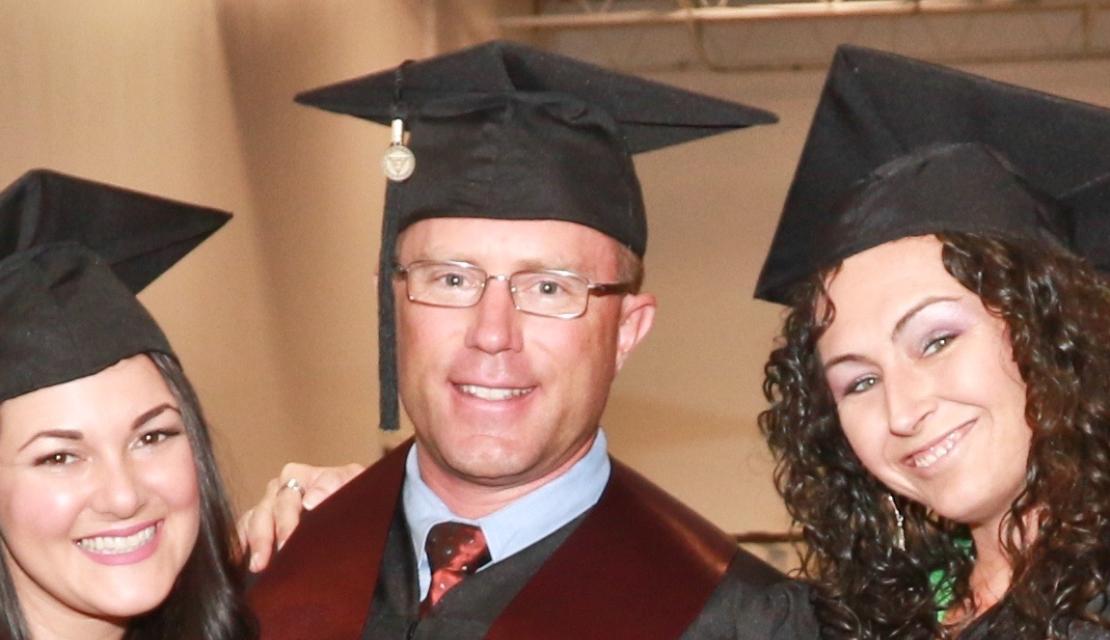 One lesson becomes clear after talking with Morgan Watt ’15: life’s turns lie well beyond our imagination. Here’s a military police K-9 handler, an expert at bomb-detection, serving on President Clinton’s Secret Service detail, always on high-alert and ready to be the first one to die. Trusting his survival to the instincts of a dog. After his military service, he’s piloting jets for the rich and famous and plying the waters of the Gulf of Mexico as sport-fishing guide and captain.

And then the headaches, the unimaginable, began. The pain was blinding, sickening, debilitating, its cause elusive and resistant to repeated rounds of antibiotics. The intense, chronic pain triggered what he called “an existential crisis, testing everything I believed in—myself, God, my faith—causing me to look back at my life. It blew open like Pandora’s Box, exploding into a realm of nightmares where I saw the worst of everything, and questioned whether I wanted to be alive at all.”

His confidence shattered and his impairment extreme, Morgan informed the Federal Aviation Administration that he could no longer safely fly. In fact, he couldn’t leave the house. “Flying jets, you always feel confident that you can handle anything that’s thrown at you.” he said. “I had an idealistic view of perfection I was trying to achieve and I thought that’s what life was all about.”

Morgan’s doctors traced his pain to latent effects of a neurological disorder along with PTSD —all those days hyper-vigilant in potentially dangerous situations. In the depths of his despair, he visited Southeastern Guide Dogs near his home in Tampa. He learned about service dogs, and soon after met Foley, a Golden Retriever/Labrador mix, a trained companion who has been with Morgan nearly every minute of every day since.

With Foley’s help, Morgan was able to regain some of his confidence and started volunteering for Southeastern Guide Dogs. Foley, able to anticipate Morgan’s headaches and anxiety, gave him comfort, but without his work in the skies and on the bay, Morgan struggled to find a purpose in life. Questions about resilience, meaning, and empathy led him to enroll Springfield College Tampa Bay for a bachelor’s degree in Human Services.

“I had to learn that it’s okay not to be perfect, to have empathy not only for others, but for myself,” Morgan said. “I wanted to learn about the human condition, how the kind of thing that happened to me can happen to anyone. But I wanted to learn specifically about it. I didn’t go to Springfield to advance my career or anything like that. I needed to find out who I was so I could live with myself.”

He was immediately struck by the individual attention his instructors gave him. “They were all about tailoring their approach for each student. I couldn’t believe it. The classes were small and in the middle of a conversation, the instructor would stop and look at you and say ‘How are you doing right now? What are you thinking about?’ And they adapted so quickly, meeting you right where you were, never losing anybody, and taking the discussion right to a personal level. I mean, they obviously cared so much about what they were doing.”

Morgan’s final group project allowed him to contribute to matters that meant the most to him – helping veterans through canine assistance. As a result of the project, Southeastern Guide Dogs established Paws for Patriots Alumni Group, which Morgan chairs. For his thousand-plus hours of service and dedication, Tampa’s professional hockey team awarded Morgan the Lightning Community Hero of the Year award, donating $50,000 to Southeastern Guide Dogs.

Before graduating, and since, he wanted to learn more about post-traumatic growth, and followed his interest, enrolling in a master’s degree program. “Coming out of Springfield, I learned that people do grow in response to trauma. It comes from a sense of resilience in the human spirit.”

After all that he’s been through and accomplished, Morgan urges adults to pursue an education for the sake of growth. “Springfield is the only institution I know that comes straight out and says ‘We’re going to talk about how we try to balance mind, body, and spirit.’ If you honestly believe that learning is a lifelong process and if we stop learning, we’re pretty much done, then you’ll find tremendous satisfaction in the adult program at Springfield.”

At 40-some years old with a demanding career, he hadn’t understood what he came to learn about vulnerability and empathy. “As a pilot, it’s all about projecting strength. Through this journey and with Springfield’s help, I’ve learned to expose my vulnerabilities, and I got back an outpouring of empathy. I’m suddenly totally willing to do that for others,” he said.

“Graduating from Springfield was icing on the cake. It wasn’t my goal. I wanted the journey. My goal was to learn about the human condition. I’ve learned not only about my condition, but that I wasn’t alone, that people facing addiction, or inequality, or other troubles, are struggling in the human condition.” Morgan may no longer fly or captain a ship, but he’s become a true hero to his fellow veterans, to his family, and to himself.