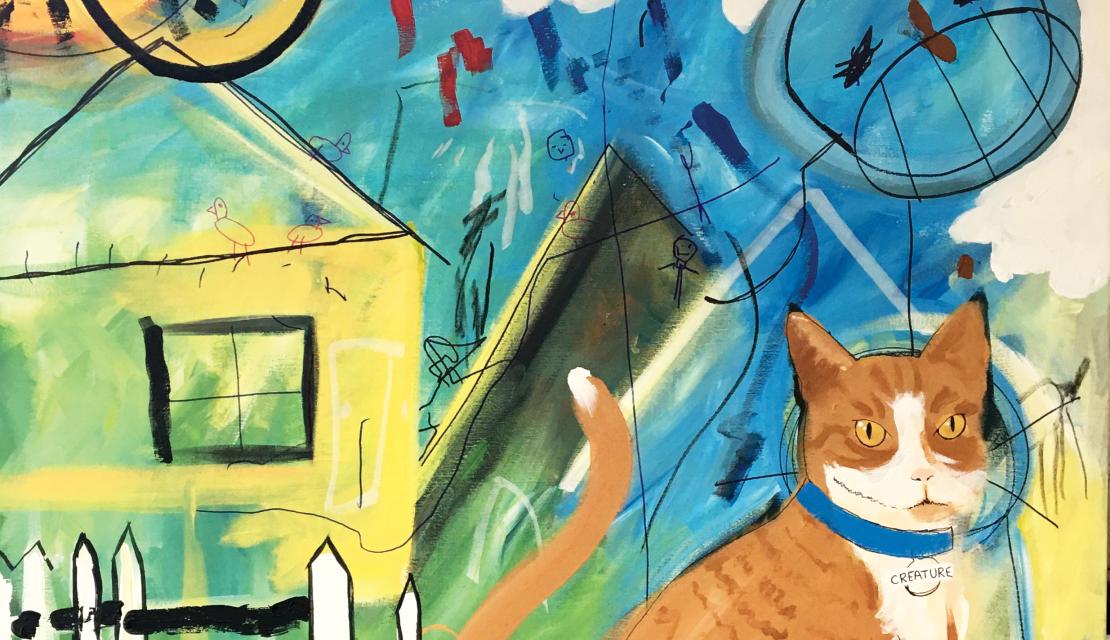 We hope you will join us for the fall season of the William Simpson Fine Arts Series at Springfield College.

Experience the arts with magnificent work from artists and performers from both inside and outside the Springfield College community. Attendees will be dazzled by dance performances and theater presentations, captivated by art exhibitions, and delighted by concerts and literary events.

All programs are open to the public, and most events are free of charge, unless otherwise indicated.

One after Another - Zea Mays Printmaking Member Artists

Demonstrating the high quality and creative possibilities of original prints made with health consciousness is at the core of their mission. Member artists work in intaglio, relief, serigraphy, photopolymer, monotype, collagraph, and mixed-media printmaking.

A gallery reception for the artists and the public will be held Thursday, February 20, 4-6 p.m. at the William Blizard Gallery.

The Criollo Clasico Trio will bring the festive rhythmic excitement, color, and passionate energy of authentic Latin, Spanish, and world music to Marsh Chapel. The members are a Caribbean powerhouse bringing to life the high energy of Puerto Rico Cuatro (Jibaro music), the excitement of Afro-Boricua drums (bomba and plena), and the elegant guitars of Spanish Old San Juan.

Allison Amend will read from her fourth novel, Credence, which explores the impact of a hate crime on two very different faith communities and follows the victims and perpetrator as they wrestle with their religion, their community, and their place in contemporary America.

Amend is the author of the IPPY award-winning short story collection Things That Pass for Love and the novels A Nearly Perfect Copy and Stations West, the latter of which was a finalist for the 2011 Sami Rohr Prize for Jewish Literature and the Oklahoma Book Award. Her third novel, Enchanted Islands, was on the longlist for the International Dublin Award.
She teaches creative writing at Lehman College in the Bronx, N.Y.

POSTPONED--We will present ANTIGONE in the fall, running Nov. 19-22

This fresh adaptation of a classic Greek drama tells the story of a rebellious young woman, Antigone, who resists a tyrannical political leader, the new king Creon, who happens to be her uncle. Stubborn in her service to invisible truths in the face of a blindingly superficial and overbearing world, Antigone provides religious burial for her brother who fought alongside the invaders of their country. A masterpiece of civil disobedience that explores the struggle of the individual with the laws of the state, our new version features the modern-day setting of a war-torn country, where personal destinies ricochet off of a confusingly fragmented society.

Do the proud ever find joy?  Is every triumph, even a triumph of the soul, destined to be followed by suffering and heartache? Where is the wisdom in that? “Whose truth matters?”

Members of the internationally recognized Monica Bill Barnes & Company will visit campus to create a fun and exciting new piece of choreography for the Springfield College dancers and will premiere the works at the December dance concert (Dec. 6-8). As part of the residency, there also will be classes taught by Barnes open to both the campus and community. More information on the time and place coming soon.

Monica Bill Barnes & Company is a contemporary American dance company that brings dance where it does not belong. Members create and produce each work entirely from its own rulebook—dancing to radio interviews on the biggest stages in the world, hosting a weekly show in a crowded office party, or leading a choreographed exercise routine in an art museum. Within each of these new contexts and borrowed environments, the dancers constantly find humor in their awkward, everyday triumphs and failures.

Monica Bill Barnes is a choreographer, performer, and the artistic director of Monica Bill Barnes & Company. Barnes founded the company in 1997 with a collection of solos that could be performed anywhere. In 2013, members gave themselves the challenge to “bring dance where it doesn't belong” and has been striving to follow this self-imposed motto ever since. The company has performed in venues ranging from Upright Citizen’s Brigade to The Sydney Opera House, and has been presented in more than 100 cities throughout the U.S. and internationally. Barnes has worked in film, theater, and set over 30 different works with college students all over the country. Recent company projects include The Museum Workout, a guided exercise tour of art museums made in collaboration with the author/visual artist Maira Kalman; Happy Hour, an immersive office party dance show; Three Acts, Two Dancers, One Radio Host, a show that combines radio and dance in collaboration with Ira Glass; and The Running Show, a new touring show inspired by the company’s award-winning off-Broadway production that turns dance into a live sporting event. Within each of these new contexts and borrowed environments, the company members’ work constantly find humor in their awkward, everyday triumphs and failures.

Robert Saenz de Viteri began working in theater as an audio script assistant to Anna Deavere Smith.  He has created performances and toured productions throughout the world with the Obie Award-winning Nature Theater of Oklahoma. He has created, produced, and performed in Happy Hour, The Museum Workout, and One Night Only with Monica Bill Barnes & Company. Some of his other favorite projects include producing This American Life Episode 528, “The Radio Drama Episode” live on stage at BAM; directing Rachel Bonds’ Michael & Edie; and creating and performing The Spiritual Life of Modern America, a collaboration in Norway based on the experiences of foreigners traveling in America today.

Flannery Gregg (rehearsal director) first met Monica Bill Barnes as a student at the American Dance Festival in 2011 and began working with the company shortly after. She began as an intern and since has worked as a production assistant and as an assistant choreographer for the company. Flannery assisted Barnes in the choreography for the Atlantic Theater Company productions of FOUND: A New Musical (2014) and Dying For it (2015).  In 2015, she traveled to Baldwin Wallace University to set the choreography from FOUND on the graduating class of musical theater students. Last fall, Flannery was the associate choreographer for Greta Gerwig’s upcoming feature film Little Women (2019) in addition to dancing in the film. She is currently the rehearsal director for The Running Show and Performance Series for Arts Brookfield. Her other projects include assisting choreographer Sam Pinkleton on Natasha, Pierre & the Great Comet of 1812 on Broadway and choreographing the New York University Reality Show performed at the Barlcays Center in Brooklyn. She is originally from San Diego, Calif., and holds a Bachelor of Arts in world arts and cultures from the University of California, Los Angeles. Flannery lives in Hell’s Kitchen with her husband, John.

This exhibit showcases artworks of graduating seniors
in the Department of Visual and Performing Arts.

A gallery reception for the artists and the public will be held
Saturday, May 16, from noon to 2 p.m. at the William Blizard Gallery.