A Call to Men

A Call to Men 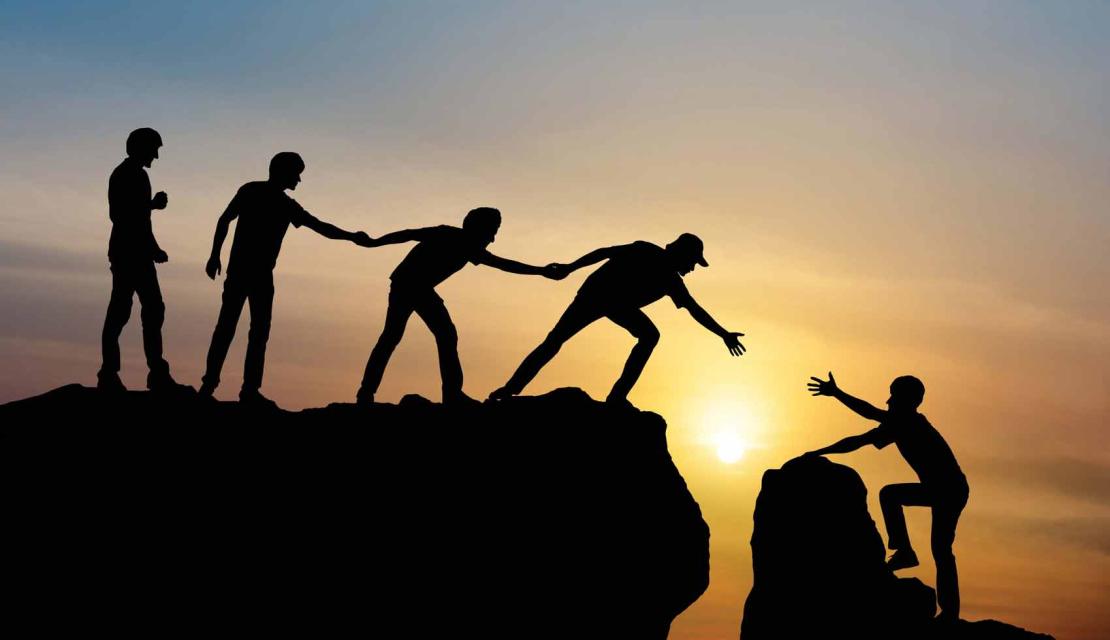 PHRASES SUCH AS ‘be a man,’ ‘man up,’ and ‘man of the house,’ are important to dissect. How do these words impact the way young men grow up and visualize themselves? These are some of the concepts Distinguished Springfield Professor of Humanics (DSPH) for 2018-19, Anthony “Tony” C. Hill ’92, EdD, wanted to investigate.

Hill, associate professor in the School of Social Work, says he was doubly honored with his DSPH selection by also being the first such honoree from the School of Social Work. He chose as his DSPH topic a critically important subject: educating young males about being healthy, respectful men, and addressing violence against women, sexual assault, sexual harassment, bullying, and many other social ills.

“The goal for my year was to explore ideas to help young men take care of themselves physically, emotionally, and deal with the complexities of relationships, education, and navigating societal demands,” says Hill.

He launched a wide-ranging look at these notions by engaging with two groups of young men during his DSPH year: male high school students in an initiative called One Hundred Males to College, and the other, a group of male Springfield College students known as Men of Excellence.

“I volunteered in the One Hundred Males to College initiative starting in 2014 to help young high school men in Springfield adapt and succeed in society, with an emphasis on attending college. The DSPH honor afforded me the time to really dig deeper into this work,” Hill tells Triangle.

One Hundred Males to College is a partnership between the Springfield Public Schools and local colleges: Westfield State University, Springfield Technical Community College, and the University of Massachusetts Amherst. The program aims to get young high school men to begin thinking about college and what it means to be a man. “We talked about how they were raised, what it takes to be a good man, and the ‘Man Box,’ which was developed by an organization in New York City called A Call to Men. The ‘Man Box’ looks at how young men socialize, and we used the concept to fuel discussions about the good men in the participant’s lives, the not-so-good men in their lives, and an analysis of what kind of men they want to be based on those relationships,” Hill explains.

Hill previously completed a curriculum with A Call to Men. One of the activities of his DSPH year included getting additional training from the organization to advance his skills for helping young men in local schools.

He met with One Hundred Males to College participants on a monthly basis during the year. Some events took place at the participating local colleges to help the students hone college admission skills. One of the sessions at STCC screened a documentary training film with tips for succeeding with college essays and applications.

At a ropes course event in October on the Springfield College campus (see Triangle 88.2, page 10), students learned about team building and leadership and bonding with kids from other high schools. “You could see a real change in their attitudes. Some of them came in trying to look tough or appear disinterested and by the end of the program they were asking if they could come back again. It was one of the highlights of the DSPH year,” says Hill.

In November, Hill gave a presentation in Worcester to other One Hundred Males to College groups that have started up around the state. He discussed his work and the successes the inaugural Springfield group has had. He also co-wrote, with James Lightfoot of STCC, an inspirational pledge that attendees are asked to recite at every event.

During the April spring break, the group sponsored trips and overnights at historically black colleges campuses for up to 16 students, and in May, there was a closing assembly for One Hundred Males to College participants.

“Overall, One Hundred Males to College participants are experiencing improvements in school attendance and higher GPAs. Students who have participated in past years are going on to the local colleges in higher numbers. Others have even gone on to the colleges outside the area. We expect the successes to continue,” Hill explains.

Growing Men of Excellence on Campus

The Springfield College-based Men of Excellence group began with initial discussions to determine the kinds of topics that would be most valuable to the students. “The participants decided to focus on how they, as men, took care of themselves physically, mentally, emotionally, and spiritually,” Hill tells Triangle.

The group had its first workshop in November 2018. The session focused on mental and physical self-care and making the most of the college experience—doing everything they could to optimize the college years, including challenging themselves with the toughest courses and working hard academically.

“Men of Excellence participants watched a clip of a movie called The Mask You Live In, which talks about what it means to be a man. We also delved into the four different domains that make up the ‘Man Box;’ physical self-care, psychological self-care, emotional self-care, and spiritual self-care. The participants were able to rate themselves in each of the four domains and create strategies for growth,” Hill explains.

“Overall, One Hundred Males to College participants are experiencing improvements in school attendance and higher GPAs ... We expect the successes to continue.”

Real Talk, an event held on campus last December, was one of the most exciting parts of the Men of Excellence year, according to Hill. He presided over a mixed group of about 60 male and female Springfield College students who participated in a lively discussion about masculinity, manhood, self-care, mental health, relationships, dating, sex, and respect. “The level of dialog and engagement was electric,” says Hill. “A question would be asked and students voted with their feet, by moving to one side of the room or the other based on their stand on a particular question. Sometimes, after conversation, people were swayed to another point of view ... The quality of the dialog was poignant, thought-provoking, intense, and insightful.”

The final event of Hill’s year was in April with speaker Tom Schiff from an organization called Phallacies that puts on plays and performances looking at healthy masculinity.

Hill reflects on what the DSPH honor meant to him. “I was given the opportunity to see how Springfield College transformed my life from a young 17-year-old undergraduate learning to be a man, to now having been given the privilege of giving back by supporting, inspiring, and mentoring the next generation of young men,” he says. “That’s pretty powerful for me.”