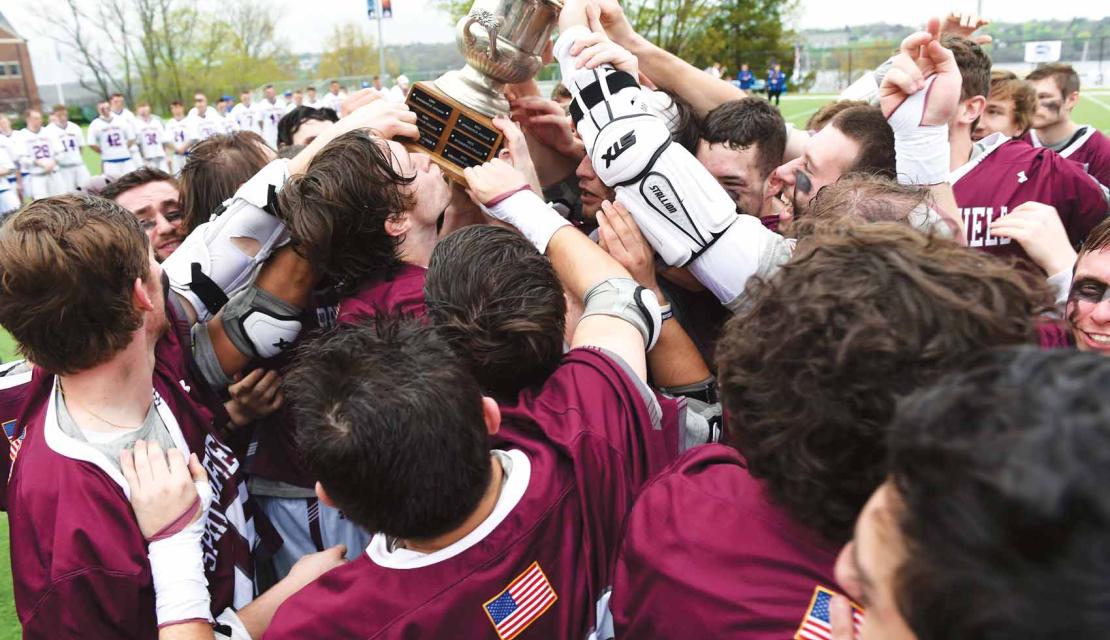 For the 12th-consecutive season, the men’s lacrosse team headed back to the NCAA Division III Championship Tournament after besting Coast Guard, 12-10, on May 4 in the New England Women’s and Men’s Athletic Conference Championship.

It was a historic win for head coach Keith Bugbee, G’84, now in his 36th season at the sidelines, as he became just the fifth coach in the history of collegiate men’s lacrosse to capture 400 victories, and the only to ever win his first 400 games at just one institution. Jack Vail (Franklin, Mass.) was named the Most Outstanding Player of the championship. 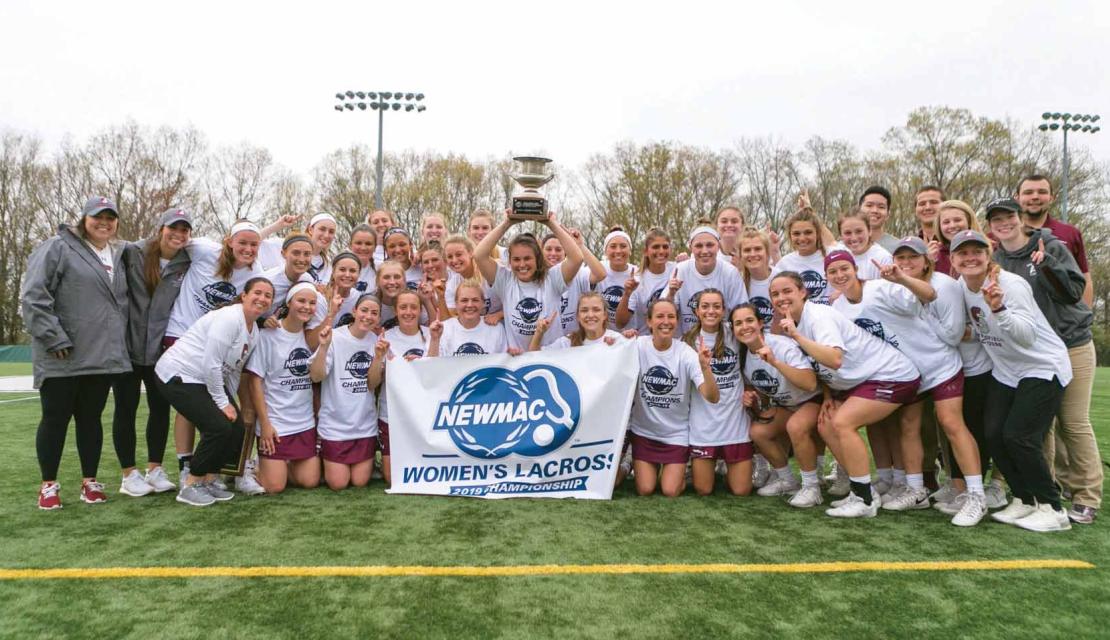 Women’s lacrosse claimed the New England Women’s and Men’s Athletic Conference Championship, as the third-seeded Pride knocked off top-seeded Babson, 11-10, at MacDowell Field on May 4. Sophomore attack Taylor Pichel (Hopkinton, Mass.) was recognized as the Tournament’s Most Outstanding Player following a four-goal performance. Classmate Kate Sarnacki (Granby, Mass.) led the maroon and white with six points on the afternoon including two goals and four assists. 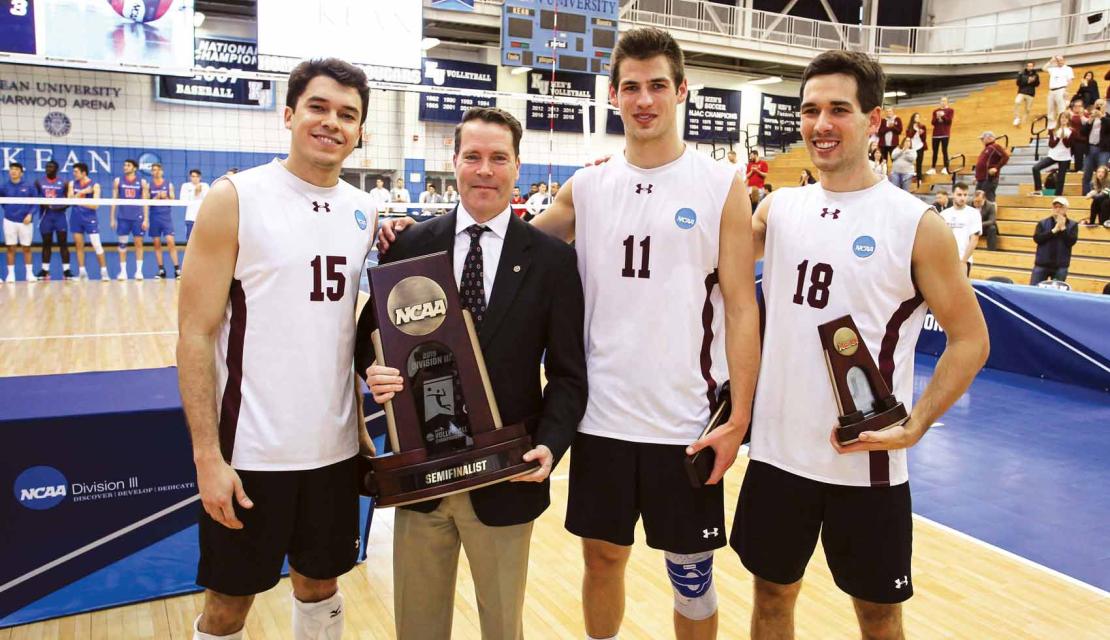 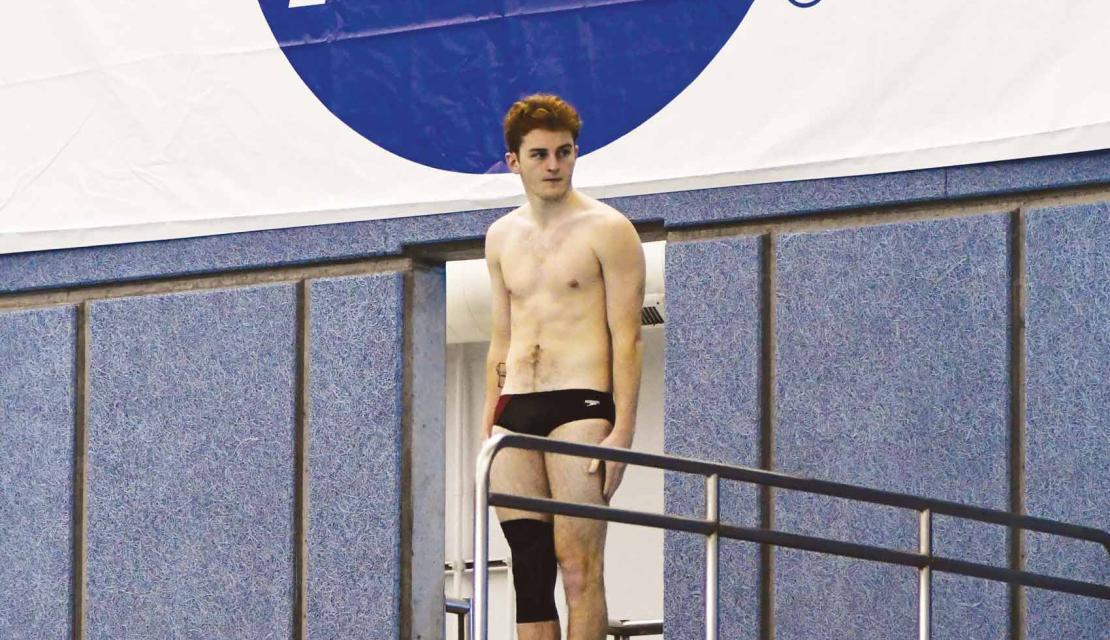 Sophomore Connor Pennington (Monson, Mass.) won the New England Women’s and Men’s Athletic Conference (NEWMAC) championship on the one-meter board and finished second on the three-meter board to earn a pair of all-conference honors. A week later, he became the first men’s diver in program history to capture a title at the NCAA Division III Regional Championships, turning in a winning score of 503.20 on the one-meter board. At the NCAA Division III Championships in Greensboro, N.C., Pennington finished third in the country in the one-meter and ninth on the three-meter, increasing his total of All-America honors to four in his first two years. Pete Avdolous was honored as the NEWMAC Men’s Diving Coach of the Year for the 14th time in his career, and had six student-athletes compete in the regional championships. 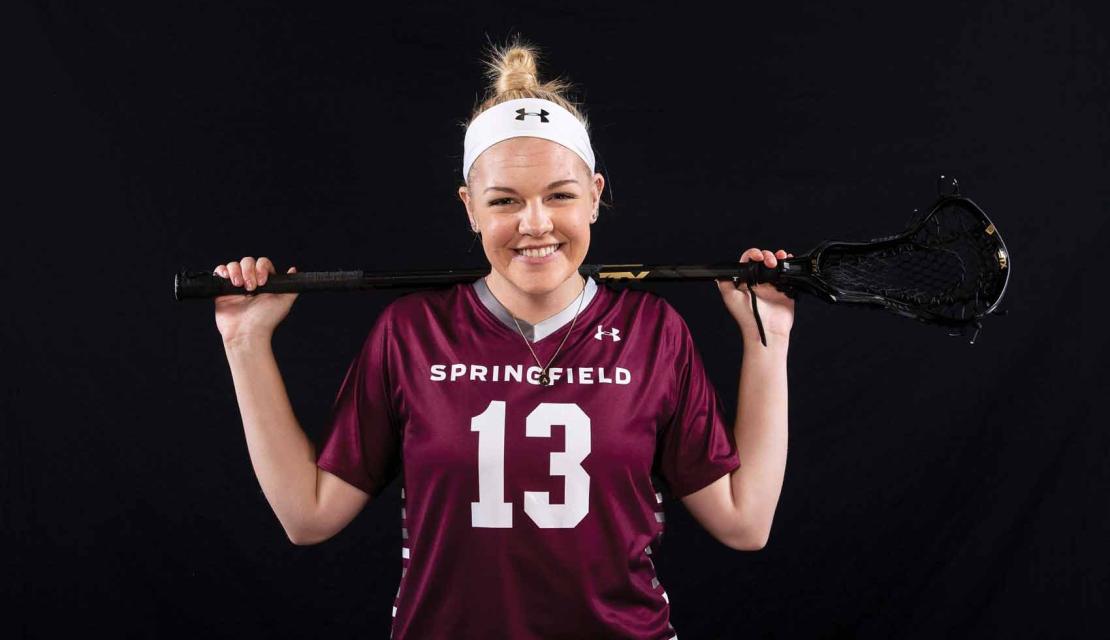 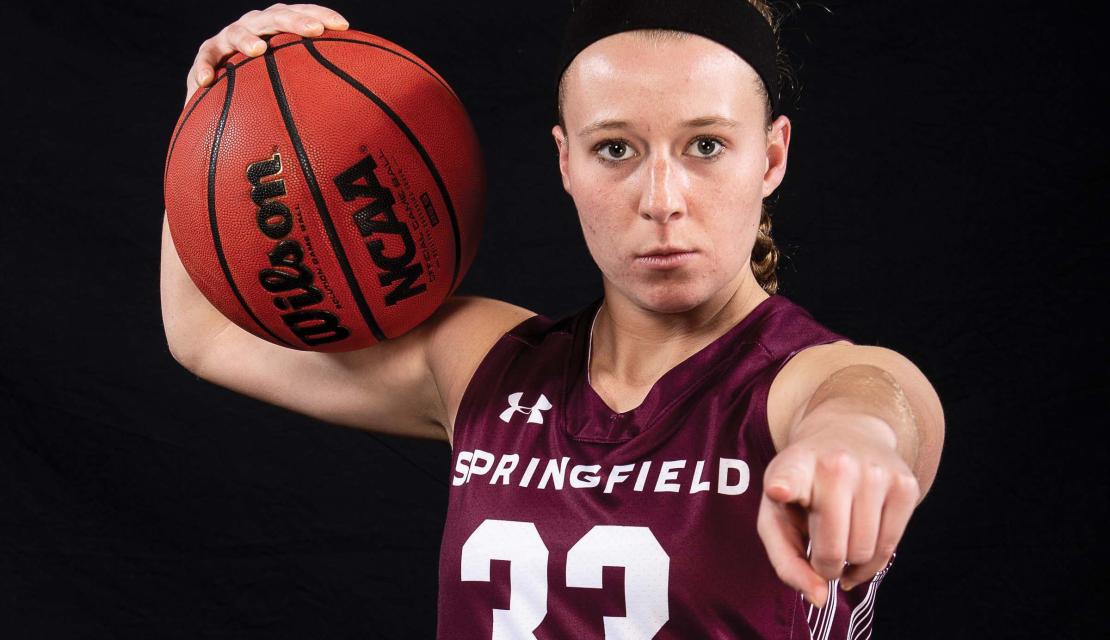 Junior point guard Alex Goslin (South Windsor, Conn.) was named the 2018 New England Women’s and Men’s Athletic Conference (NEWMAC) Women’s Basketball Defensive Player of the Year after helping lead the Pride to the conference championship game. Goslin is the women’s basketball first conference athlete of the year of any sorts for Springfield College since Corey Finch was the NEWMAC Athlete of the Year following the 2008-09 season. The math and secondary education major was the leader of the Pride this season, averaging 12.1 points, 3.3 assists and 2.1 steals per contest. Goslin serves as the 2019-2020 Student Trustee for the College.

The men’s gymnastics team closed out the year with a tremendous effort at the Eastern College Athletic Conference (ECAC) Championships in Blake Arena on April 6. Stephen Lewis (Baltimore, Md.) won his second-consecutive ECAC All-Around title with a score of 79.350, becoming the first Springfield College men’s gymnast to win two ECAC all-around titles, and the fourth student-athlete in program history to win multiple ECAC championships. The only other student-athlete to win an all-around title was Clyde Shotzbarger, who accomplished the feat in 1932. The junior later went on compete against the top gymnasts in the nation in the NCAA National Collegiate Championships in the State Farm Center at the University of Illinois. 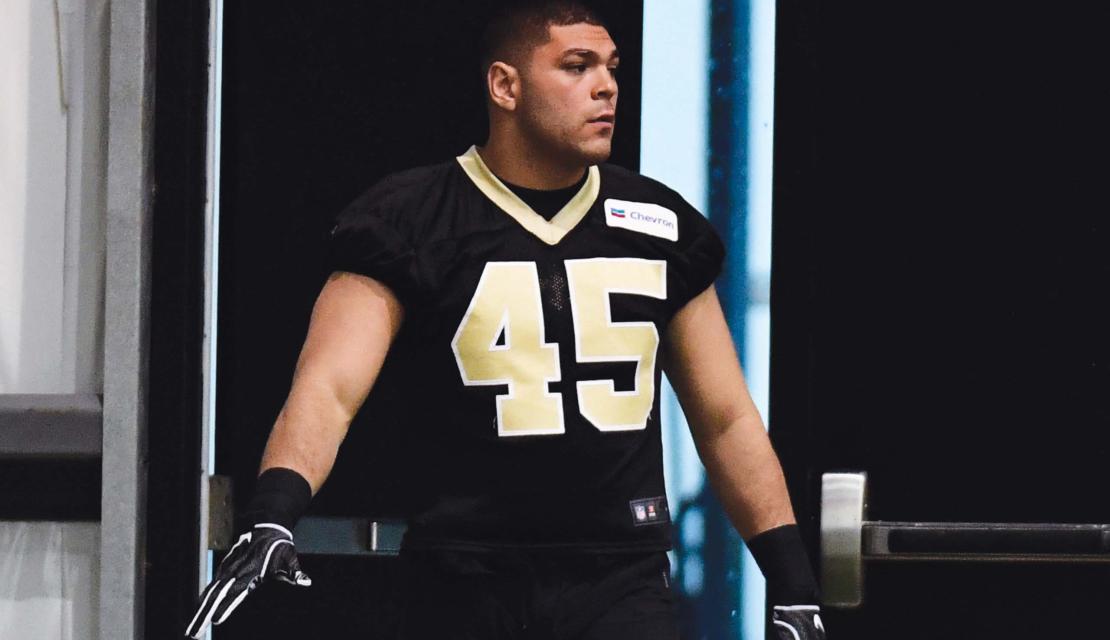 Following a tremendous career at Springfield College, Nick Giorgio ’19 (Cumberland, R.I.) was invited to attend the New Orleans Saints Rookie Minicamp in May where the Saints tried out a number of rookies and veteran free agents. In late March, Giorgio worked out for 12 NFL franchises at Harvard’s Pro Day, and in conjunction with the efforts of his agent, Paul Sheehy '85 of ProStar Sports Agency, Giorgio earned an invitation to the minicamp as an undrafted free agent. This marks the first time that a Springfield College football player has earned an invitation to try out for an NFL team since the late Fran Papasedero ’91 was in camp with the New York Jets in 1994.