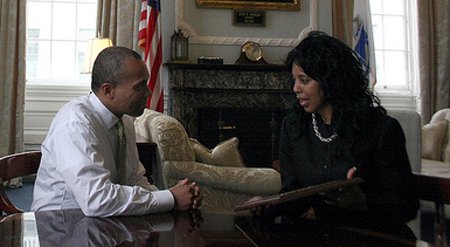 SPRINGFIELD, Mass. – Springfield College alumna Janet LaBreck has been nominated by President Barack Obama and the White House to be the next rehabilitation services administration commissioner.  LaBreck was recently the keynote speaker at the National Rehabilitation Association’s 32nd annual Government Affairs Summit at the Washington Marriott Hotel.

LaBreck earned a master’s degree from Springfield College in 2001, and she is currently the commissioner for the Massachusetts Commission for the Blind (MCB), a position she has held since her appointment by Massachusetts Gov. Deval Patrick in 2007.

LaBreck served as the MCB regional director for central Massachusetts from 2001 through 2007.  She has held various positions with MCB including vocational rehabilitation counselor from 1993 through 2001 and independent living coordinator from 1987 to 1992.

In addition, she has been an adjunct professor at Assumption College since 2005 where she teaches graduate-level courses in rehabilitation for the blind and case management in rehabilitation.  LaBreck has received an honorary doctorate of humane letters from the New England College of Optometry.