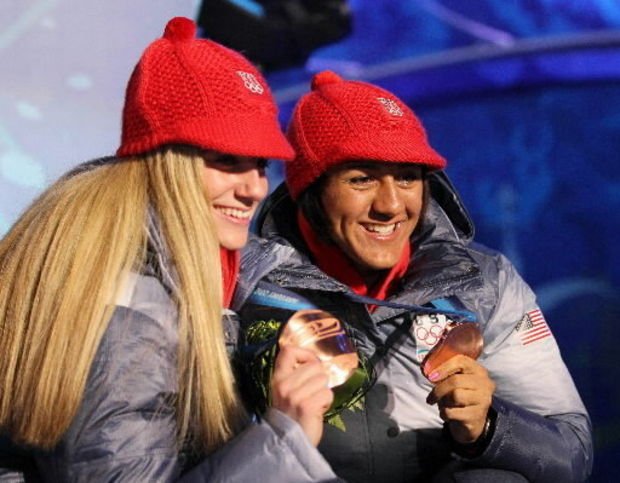 On Friday, the world will huddle around televisions to witness the opening ceremony of the Winter Olympics. The spotlight will be on Sochi, Russia, which has pulled out all the stops to reinvent the area – on a $51 billion budget – before it opens its doors globally.

A total of 1,027 athletes will represent 88 nations. And with elite-level competitors come unique stories of journeys to the height of sport.

The 33-year-old's path to the U.S. bobsled team began when she stumbled upon the sport in 2002 after Springfield track coach Jim Pennington insisted she attend the tryouts at Northeastern University.

“I didn’t know what bobsledding was. All I knew to do was basically what I was doing in track,” Pac said. “When I first made the team, it was more just kind of like, ‘Do I enjoy this? Is this something that I think I can be good at?’”

For Olympic sports as esoteric as bobsledding, athletes are faced with recurring uncertainties uncommon in mainstream professional sports, where the talent has 15-plus years of experience at their craft.

The skills requisite to track and field, such as sprinting, jumping and throwing, helped Pac earn a spot on the national team and gave her a leg up in training.

When it came time to prep for pushing a 300-400 pound sled, the Farmington, Conn., native was able to draw upon her time with the Pride.

Her list of accolades from her successful stretch with the U.S. includes mixed-team silver and bronze medals in 2007 and ’08 at World Championships in Switzerland and Germany, respectively

Alongside brake-woman Elana Meyers, Pac won a bronze medal in the two-woman event at the 2010 Winter Olympics.

Among Springfield alumni to compete in the Olympics, Pac was the third to win a medal, and the first in the Winter Games. By 2009, the 2003 grad was ranked sixth in the world.

As recognition for her “professional excellence and outstanding service to the school, community and state,” Pac was awarded the 2013 Springfield College Young Alumni Award.

While she won’t be competing in the Sochi Games, Pac is busy working with STAR California, writing and developing programs for children with autism.

She is also affiliated with her husband’s gym, Prevail Conditioning, where she works with some of her subclients with autism, helping them become more active.

“It’s kind of like a theory I have ... if they’re able to expel this energy they have within themselves, then hopefully they’ll be able to use that as a way to self-calm themselves. I’m kind of doing some research of my own and doing a case study,” Pac said.

Aside from her accomplishments as a competitor, Pac’s influence off the frozen track serves as a reminder of the well-rounded individuals the U.S. Olympic teams demand, a fact that will no doubt be displayed to the world over the next few weeks.