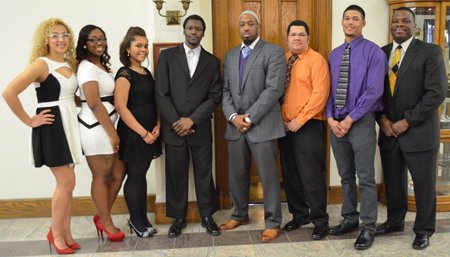 Springfield College established the Jesse Parks Scholarship 28 years ago through its commitment to expand educational opportunities to students from underrepresented ethnic groups in its home city.

Each year, the Springfield College Jesse Parks Scholarship Committee selects one student of color from Springfield who has demonstrated achievement in academics, cocurricular activities participation, involvement in community service, and commitment to the ideals of multiculturalism.

The scholarship is named after long-time Springfield College faculty member Jesse L. Parks, who at the time of his death, had been a faculty member at Springfield College for 23 years.  Parks served as the director of the graduate physical education program at the College and also assisted leaders in education in several nations while establishing college and secondary school physical education programs.

Additionally, he devoted his personal time to developing leaders in Africa and was deeply devoted to multiculturalism.  Parks worked to bridge gaps between people of all races, economic situations, and education levels in both developing and established nations.