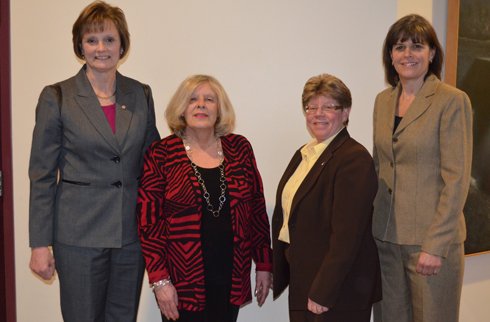 Springfield College hosted a film event honoring the lasting legacy of Title IX on Monday, March 10, in the Fuller Arts Center.  The evening was part of the 2014 spring schedule for the William Simpson Fine Arts Series.

The film, Sporting Chance: The Lasting Legacy of Title IX, was narrated by Holly Hunter and provided a dramatic portrayal of the need, process, and achievements of Title IX, the key legislation designed to equalize the playing field for women and men in sports.

The program was co-sponsored by the 2013-14 Distinguished Springfield Professor of Humanics Carol Mitchell and the Celebration of the 50th Anniversary of Women’s Varsity Athletics at Springfield College Committee.