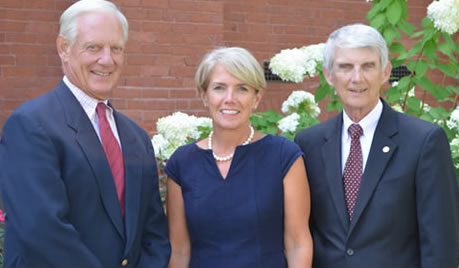 Springfield College's next president, Mary-Beth Cooper, center, spent two days on campus this past week.  Cooper met with current president Richard B. Flynn, right, who is retiring at the end of the month after a successful 14 and a half year presidency, and Chair of the Board of Trustees Doug Coupe. Cooper officially begins in late August.