About the National YMCA Hall of Fame 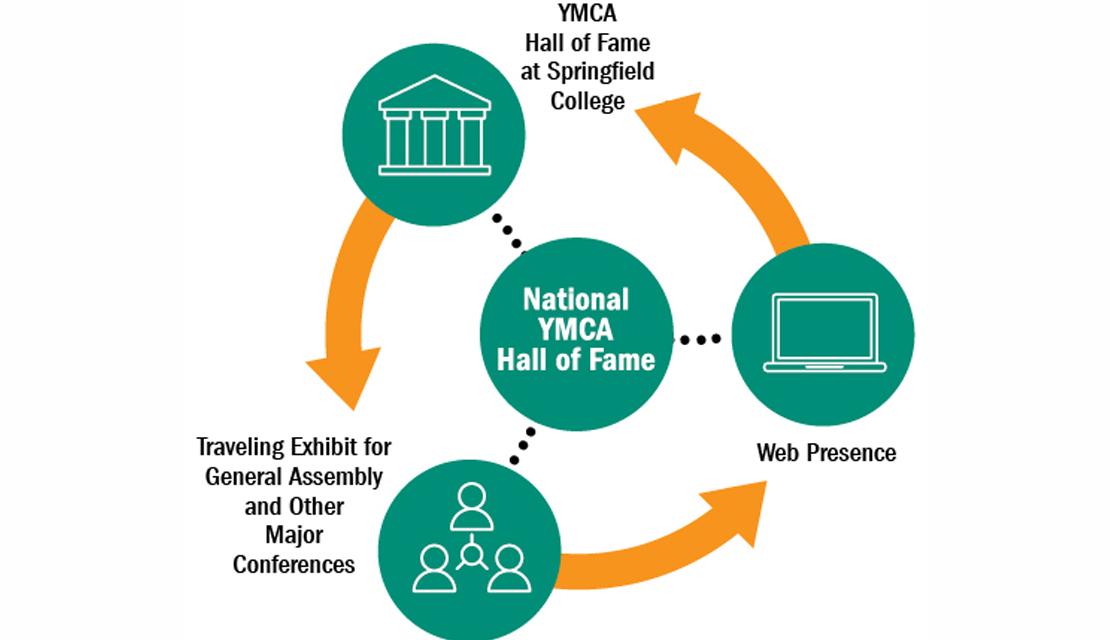 The YMCA Movement has been blessed with courageous, forward-looking leadership, both staff and volunteer, throughout its past and present. The rich heritage of the YMCA encompasses leaders who set new standards in their own YMCAs and communities, who influenced Y work nationally and internationally, and who set a standard of excellence and achievement for generations of Y leaders to come.

Founded in 1985, the National YMCA Hall of Fame at Springfield College recognizes the significant accomplishments and influence of these unique contributors to the Y Movement. The sponsoring organizations are focused on

Inductions will be celebrated every three years at YMCA of the USA General Assemblies.

A call for nominations is currently open and will close on Friday, November 2, 2018. Download a word document nomination form or the .pdf version of the form.

Prospective staff candidates for induction will have completed their YMCA careers no less than five years prior to consideration. These individuals must have had recognized influence beyond local work, had significant influence on the future of the YMCA, and been recognized by peers as outstanding candidates.

As evidenced through the history of the Movement, the true genius of the YMCA lies in effective staff and volunteer partnership. For that reason, volunteers are eligible for inclusion in the National YMCA Hall of Fame. Prospective volunteer inductees will have had a demonstrable influence of a profound and lasting nature on the national Movement.

Inductions will take place at the YMCA of the USA General Assembly meeting happening July, 2019. Applications are due to the YMCA Relations Office no later than Friday, November 2, 2018. For information on the induction process, download a word document nomination form or the .pdf version of the form, or contact the YMCA Relations Office at Springfield College at 413-748-3386.