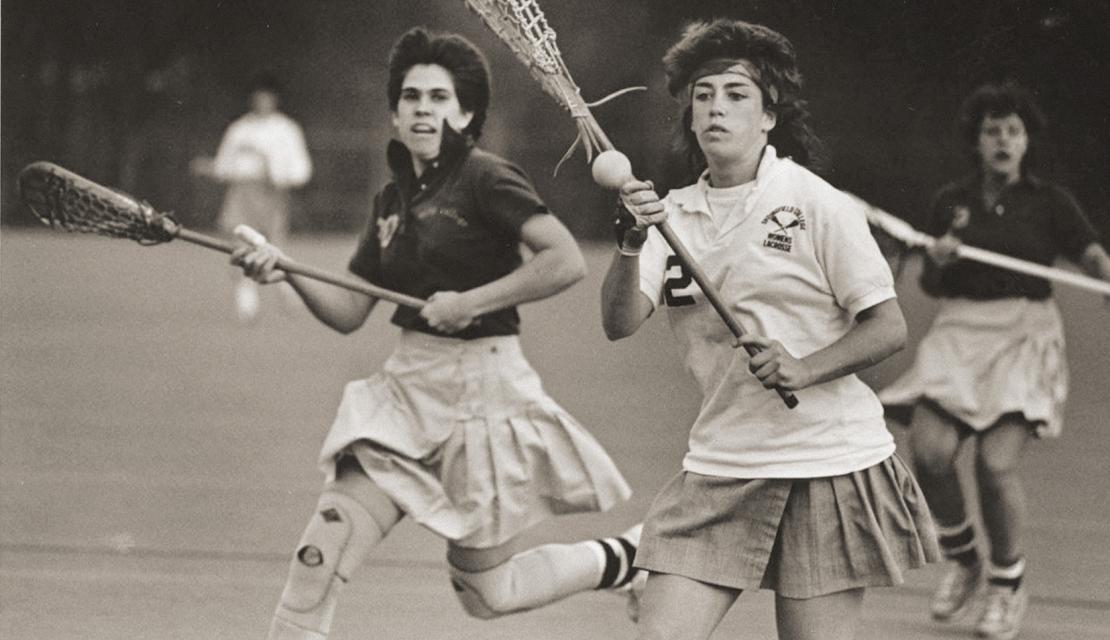 Women’s lacrosse has come a long way since it became a varsity sport 40 years ago. The first team was coached by Molly Rau, former vice president for academic affairs, who led the team to a recordof 2-5 in 1978 and improved to 5-2-2 the following season. A combination of Rau, Pam Hixon ’73,Liz Sullivan, Patty (Klecha) Porter, G’86, and Patti Smith took over coaching responsibilities until Lynn Courtier was named head coach in 1989. Courtier coached for 13 seasons, winning the Eastern Collegiate Athletic Conference Championship in 1992.

From 2002 to 2009, the program was coached in successive years by David Yelle, Rachel Tringali, Katie Hawke, and finally Regan Denham. The program won three conference championships during that span, including back-to-back championships in 2005 and 2006.

In 2009, Kristen Mullady was named head coach and has continued the tradition of leading the program to new heights. The team won back-to-back conference championships in 2012 and 2013, was ranked nationally for the first time in 2015, and ended the 2016 season ranked 10th  in all of Division III, according to US Lacrosse Magazine.

“As soon as I met Coach Mullady, I knew that she was a coach who would push my teammates and I to play at our best,” said Kerstin Lindrooth ’14, G’16. “I attribute our success as a team, and my lifelong friendships that I made through Springfield lacrosse, to Coach Mullady.”

Lindrooth considers herself lucky to have been a part of those back-to-back championship teams and to have had the opportunity to travel to Florida and Puerto Rico for out-of-region play. Likewise, this year’s team spent spring break playing against competitive teams in the Los Angeles area. 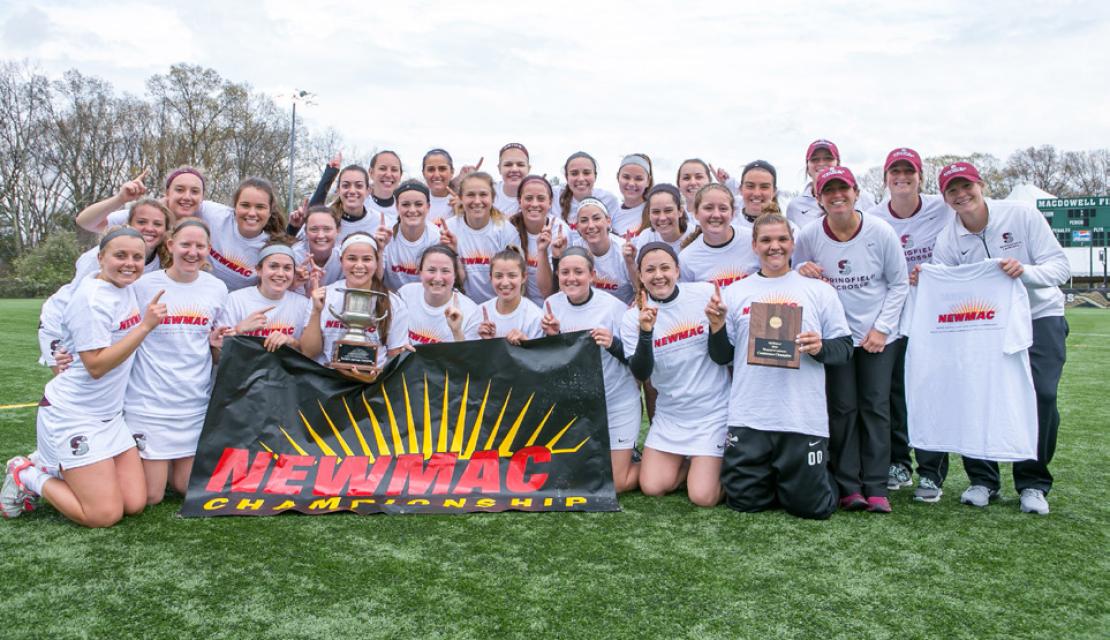 “This trip allowed us to spend time team bonding, practicing, and competing against tough competition,” said Mullady. “Without donor support, these trips would not be possible.”

Last year, Springfield College hosted the New England Women’s and Men’s Athletic Conference (NEWMAC) Championship and were regular season champions. Mullady noted that the 2017-18 season will bring one of the best “strengths of schedules” with games against numerous nationallyranked opponents.