In Honor of Herb Zettl 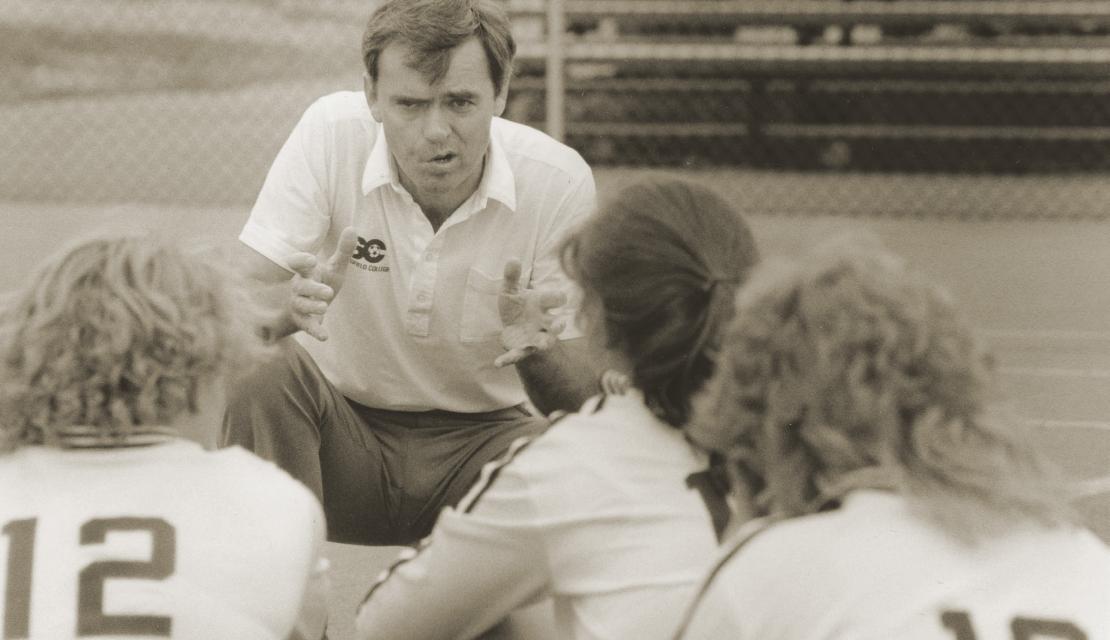 Barry Gudelsky ’83 has been a longtime supporter of men’s soccer at Springfield College. He was a three-year starter on varsity and some of his best memories are from his times on the soccer field.

“My career as a student-athlete gave me some unique challenges, but many lifetime rewards,” he said.

Although Gudelsky has always been philanthropic, his generosity was given new direction after the birth of his two daughters, both of whom had an interest in sports.

In 1991, Gudelsky sponsored a soccer camp that was run by Shannon Higgins and Mia Hamm, who both were  playing for the U. S. women’s national soccer team at the time. Gudelsky quickly noticed the positive impact the two women had on the girls at the camp.

“They had such an influence over these girls who wanted to emulate Shannon and Mia’s World Cup and Olympic success,” he said.

Inspired by watching his daughters grow up and play sports, especially his oldest daughter who played soccer competitively, Gudelsky wondered how he could support women’s soccer. On a visit to Springfield

College in the fall, he bumped into Head Women’s Soccer Coach John Gibson. The two began to talk about the team and its needs.

After deciding that an endowed fund would be the best way to support the women’s soccer program, the only question left was to decide on the fund’s name.

Gudelsky was a student during the first year of the women’s varsity soccer team and recalls the significant role Jean Fruh ’81, G’84, played in getting the program on its feet. After contacting Fruh, it became apparent to both of them that Herb Zettl, who coached the women’s soccer team from 1980-1996, was the perfect namesake for the fund.

“I’ve now come to see the tremendous sacrifice that Herb put forth to coach us, and view it with much gratitude. You couldn’t have met a nicer guy and coach. It was fitting that we would name it for him,” said Fruh.

When Zettl heard the news, he couldn’t have been more surprised.

“I am honored and humbled to have this endowment established in my name. This will be very special for the program and I am sure that all the people involved in women’s soccer and athletics will benefit from it,” said Zettl.

The Herb Zettl Endowed Fund for Women’s Soccer supports travel, equipment, technology, professional development, and other aspects of the women’s soccer program. Gudelsky is happy to know that the fund will impact future generations of women soccer players.

“Giving perpetuates the opportunities to succeed and can provide for the positive experiences that  I had,” Gudelsky said.

You can honor someone with a gift of any size.