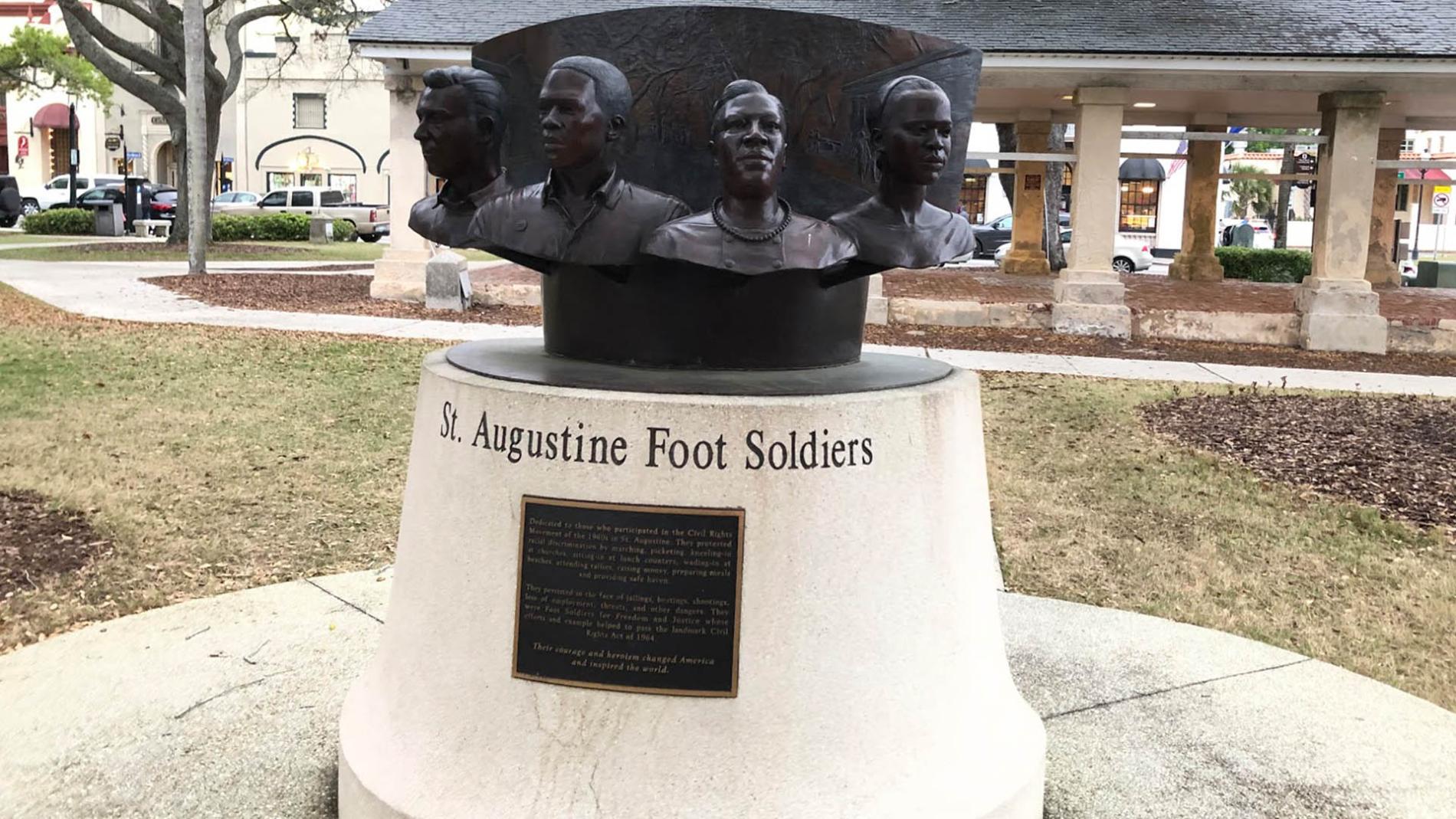 Through the Division of Inclusion and Community Engagement, Nicholas Perenick joined fellow students on an educational Spring Break trip that followed the paths of the Civil Rights Movement in St. Augustine, Florida.

Over Spring Break, along with five other Springfield College students, the Vice President of Community Engagement Calvin Hill, and Humanities Professor Marty Dobrow and I embarked on a trip to Florida to learn about the unique connection that our institution has with the city of St. Augustine. Known as the world’s oldest city, St. Augustine provides its tourists with plenty of history to explore. A major part of this history includes the heavy involvement in the Civil Rights movement its citizens had, including several visits from Dr. Martin Luther King, Jr.

From January 11 to January 13, 1964, Dr. King was incarcerated in a county jail in St. Augustine. On January 14, he gave the commencement address at Springfield College. Our goal was to go down and learn the story leading up to its involvement on our campus.

Upon landing and taking a van up from Orlando to St. Augustine, Professor Dobrow brought us around to various sites of St. Augustine, including Magnolia Street, regarded by many as the most beautiful street in the world and Castillo de San Marcos, the the oldest and largest masonry fort in the continental United States.

From there we headed downtown. Walking from site to site, we took in the beauty of the city but often we were reminded of the history of discrimination and the racist past. We witnessed the steps of burnt down houses, Confederate monuments, and the homes of civil rights leaders who had been shot at on their own property.

On the second day, the group had the honor of visiting the Accord Civil Rights Museum in historic Lincolnville, at the site of Dr. R.B. Hayling’s former dentist office. There we learned about the lives of Mr. James Jackson, Ms. Cora Tyson, and Ms. Barbara Vickers. They shared their accounts of working with NAACP leaders like Dr. Hayling and their interactions with Dr. King. Mr. Jackson told us a chilling story of how he was captured when spying on a KKK meeting and brutally beaten unconscious by klansmen. The group’s first-hand accounts with the racism they faced during the Civil Rights movement in Florida was very moving.

We also met at the lifetime house of Mrs. Jeannie Price, a Lincolnville native. A retired nurse, Mrs. Price shared her accounts of living in Lincolnville through the racism. She housed students who were on their way to peaceful protests. She remembered the KKK riding up and down her street trying to put fear in the hearts of blacks in the neighborhood. She talked about having to shut her lights off to make it seem like no one was home, but she was adamant in pointing out that she was never afraid. The most famous guest to enter her house was Dr. King, who stayed in a side bedroom during one of his stays in the city.

Along with attending many museums and sites of civil rights history, we all bonded over fun experiences in St. Augustine, at the beach, downtown, and at meals, showing camaraderie over the trip.

I'm a Communications/Sports Journalism major in my junior year from Woburn, Massachusetts. In my three years, I have been working with the radio, television and newspaper clubs working on campus news and entertainment pieces. After graduating I hope to attain my goals of a career in sports media. 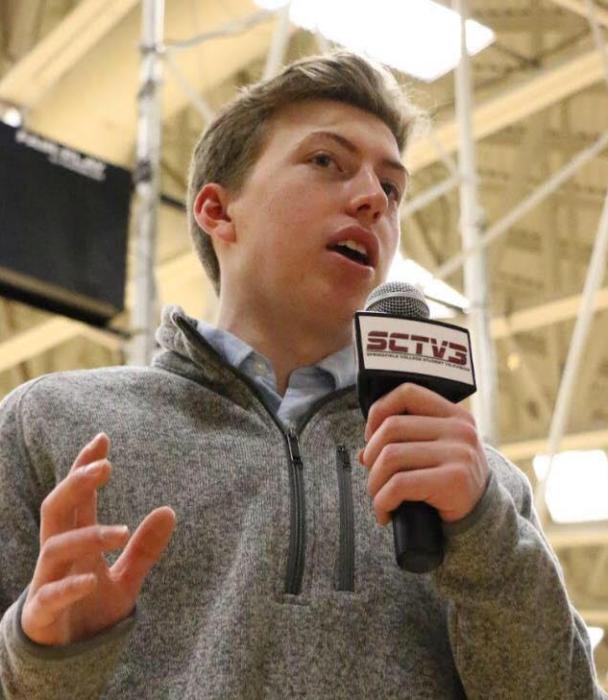