For a five-year stretch, from 1960 to 1965, Dave Auxter ’51, G’56, EdD, served as the defensive coordinator for Springfield College football. Even though his time at Springfield College seemed brief, his impact is poised to last as long as there is football at the College.

In 2018, Auxter passed away. Inspired by the man they loved to play for and continued to keep in touch with, many of his former players found a unique way to honor his memory.

As of September 2019, alumni and friends have raised more than $25,000 in cash and commitments to establish the Coach Dave Auxter Fund to support the technology needs of the football program. Additionally, they are creating a plaque in his honor to be hung in the film room, as well as establishing an annual award to a deserving football player in Auxter’s name.

“It’s difficult to put into words the impact he had on us as a defensive team, but also the impact he had on each individual. He really made everyone feel special—the fourth stringer right up through the best guy on defense,” said John Biddiscombe ’67, who has led the fundraising efforts for this special project. 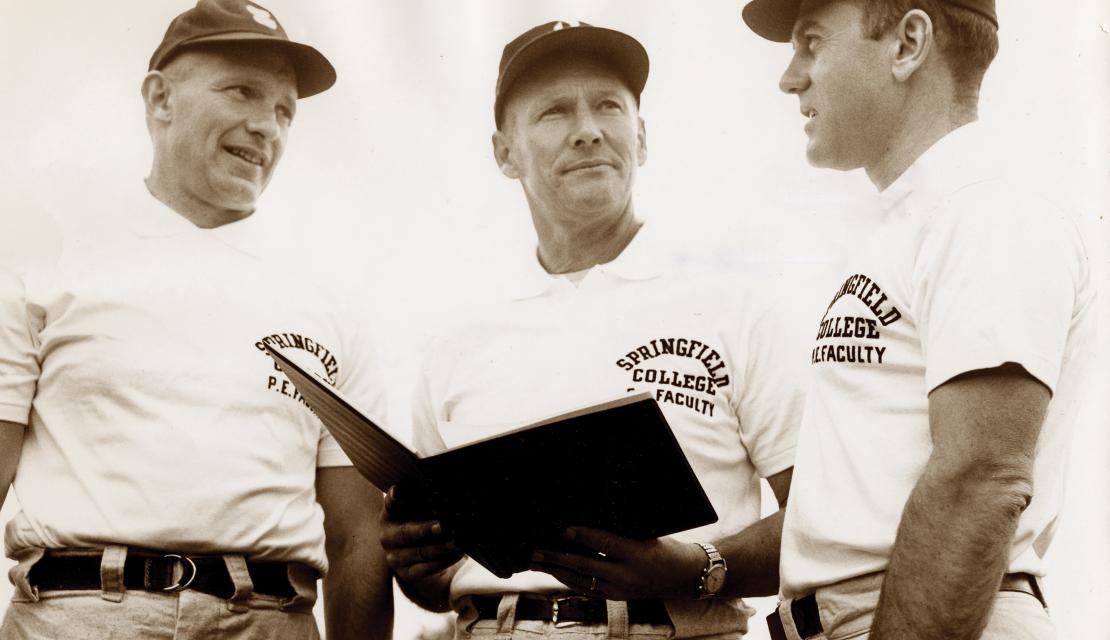 Dick Fordyce ’65, G’66, agreed: “He had a magnetic way of reaching kids. He could bring out the best in everybody.”

Auxter’s players describe him as a man who was incredibly knowledgeable of the game and an excellent motivator. More so, he was someone who cared about his players beyond the field as well.

“If you were walking across campus, and he was walking the other way and he saw you, even if you were on the other side of Alden Street, he’d come across, talk to you a little bit, ask how your day was going, that sort of thing,”Biddiscombe said.

Auxter left Springfield College to teach and coach at Slippery Rock Universityof Pennsylvania, where he was inspired to start up the university’s adaptive physical activity  program, in part because his own child had a disability. After retirement, and up until his final days, Auxter continued to lobby Congress on behalf of individuals with disabilities, working to improve their quality of life.

“I support the Auxter fund because, next to my father, he’s the most influential man I’ve had in my life,” said Fordyce. “He helped me get my first job. It was a lifelong friendship.”

Auxter’s legacy is one of commitment to both his players and the game. The support of the Coach Dave Auxter Fund is a testament to the impact he had—and continues to have—on those who knew him best.

Did you know?
You can make a gift through your estate or will.  Visit plannedgiving.springfield.edu  for more information.