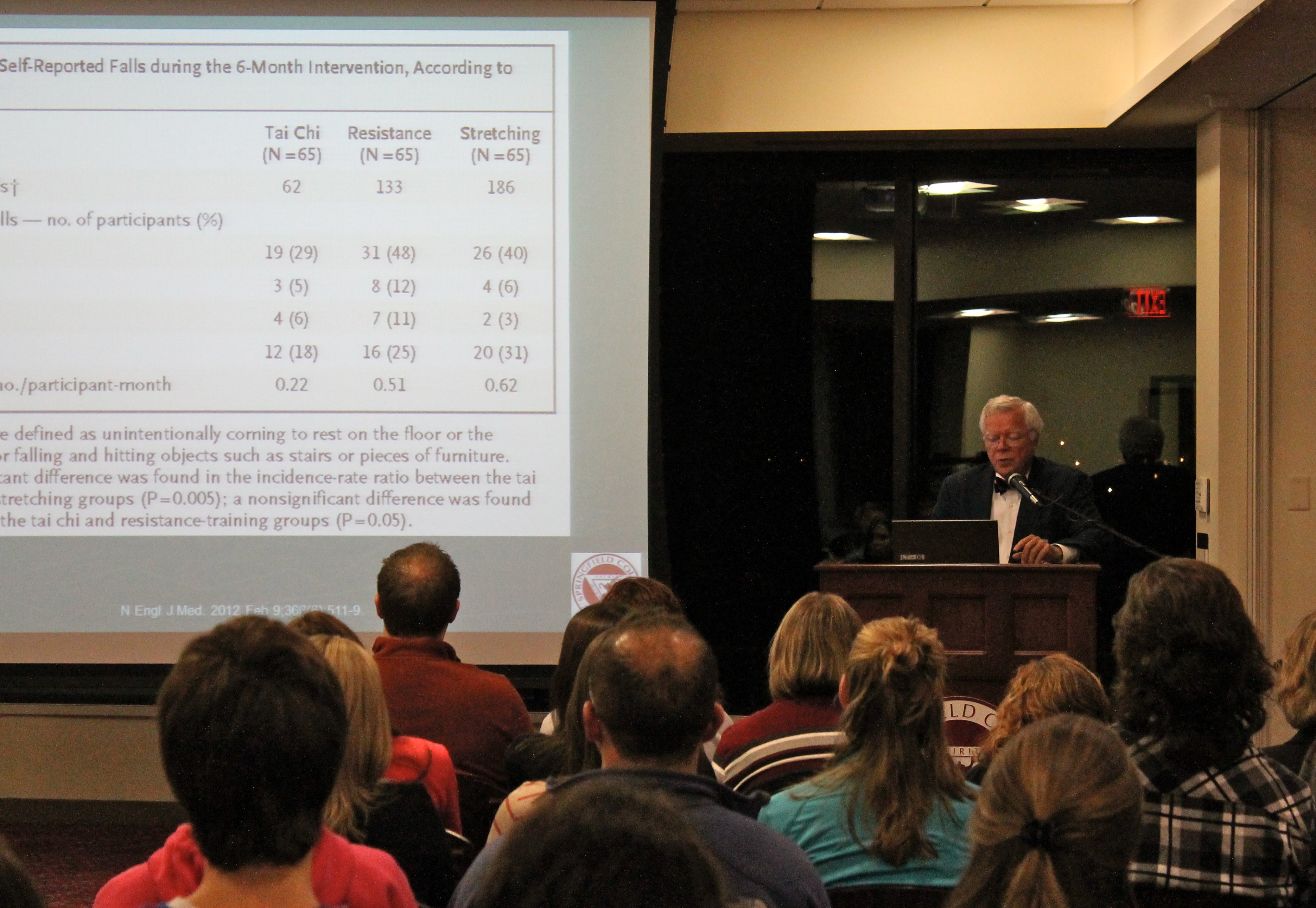 SPRINGFIELD, Mass. – The Springfield College School of Health, Physical Education, and Recreation hosted the 2013 Peter V. Karpovich Lecture featuring Robert W. Hamill ’64, M.D., on Thursday, March 28, at the Cleveland E. and Phyllis B. Dodge Room in the Richard B. Flynn Campus Union.  Hamill is a professor of neurological sciences at the University of Vermont College of Medicine and he gave a presentation on Parkinson’s Disease entitled, “Physical Activity and Neurorestoration: Spirit, Mind and Body Revisited.”

Hamill is president of the American Society for Experimental Neurotherapeutics and was the 2012 Springfield College Alumni Association Distinguished Alumnus Award Recipient.

Springfield College established the Karpovich Lecture in 1973 in memory of its former faculty member, Peter V. Karpovich, who was an internationally recognized exercise physiologist and one of the principal founders of the American College of Sports Medicine.  Karpovich joined the Springfield College faculty in 1927 serving as a professor of physiology.  He was named director of health education at the College in 1947 and was appointed research professor of physiology in 1955.