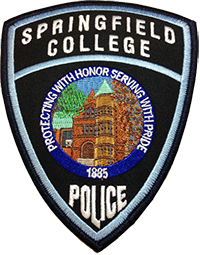 Karen J. Leary has been named the executive director of public safety and chief of police at Springfield College. Leary, who will start her new position June 6, brings advanced knowledge of public administration, law, police and security issues to the College.

Leary will oversee an integrated public safety program and all police functions at Springfield College. She will be responsible for enforcing the College’s safety and security policies, protocols, and regulations and will supervise and lead a public safety team of sworn police officers and administrative, dispatch and security staff.

Most recently, Leary served as Chief of Police and Director of University Police at Fitchburg State University since 2014, where she oversaw the campus police department, emergency management team, student security, student EMS, and Clery compliance. She was Deputy Chief of Police and Deputy Director of Public Safety at Simmons College from 2011 to 2014, and served numerous roles including senior manager of investigations in the police and security division at Massachusetts General Hospital from 2002 to 2011.

Leary has a master of science in forensic science from the University of New Haven and a B.S. in criminal justice from Westfield State University.