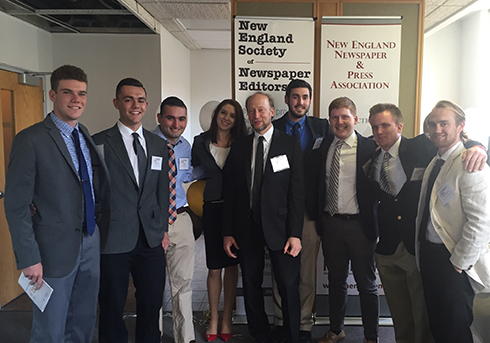 This annual award recognizes a professor at a university or college in the six-state region who is doing outstanding work to prepare journalists to lead newspaper organizations into the future. Each college in New England is entitled to submit one nomination for this honor.

"I am certainly honored, but this recognition is principally a statement about how great our students are at Springfield College,” said Dobrow. “They consistently buy into the hard work that excellent journalism requires. You see that all the time in our campus media through television, radio, and the newspaper. We have undergraduate students right now publishing in local and national media outlets from the Daily Hampshire Gazette to The Boston Globe to USA Today. We have alums who have won state and national awards in both broadcast and print journalism.”

“Dennis and I both revel in the growth and the accomplishments of our students and alumni,” said Dobrow. “When we added two superb journalists and educators, Jody Santos and Kyle Belanger, to our faculty six years ago, we hit a whole new level. I think the best is yet to come."

Dobrow is the author of two books, "Going Bigtime: The Spectacular Rise of UMass Basketball," and "Knocking on Heaven's Door: Six Minor Leaguers in Search of the Baseball Dream.” He also has produced freelance work for The Boston Globe, ESPN.com, Sports Illustrated, and theatlantic.com. 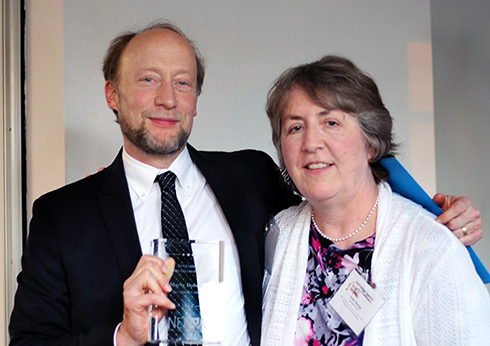