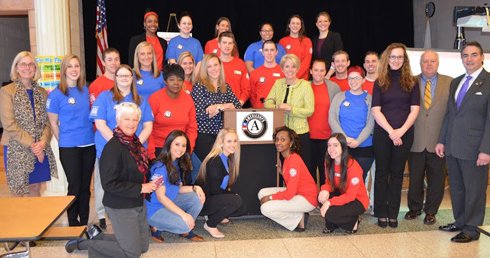 In 2013, 832 mayors representing nearly 100 million citizens participated in the inaugural Mayors Day of Recognition for National Service.  The initiative is led by the Corporation for National and Community Service; Cities of Service; the National League of Cities; and Mesa, Ariz. Mayor and President of the U.S. Conference of Mayors Scott Smith.

The AmeriCorps program at Springfield College is supported in part by the Corporation for National and Community Service, the U.S. Department of Education, the Massachusetts Service Alliance, the Funder Collaborative for Reading Success, and the Irene E. and George A. Davis Foundation.