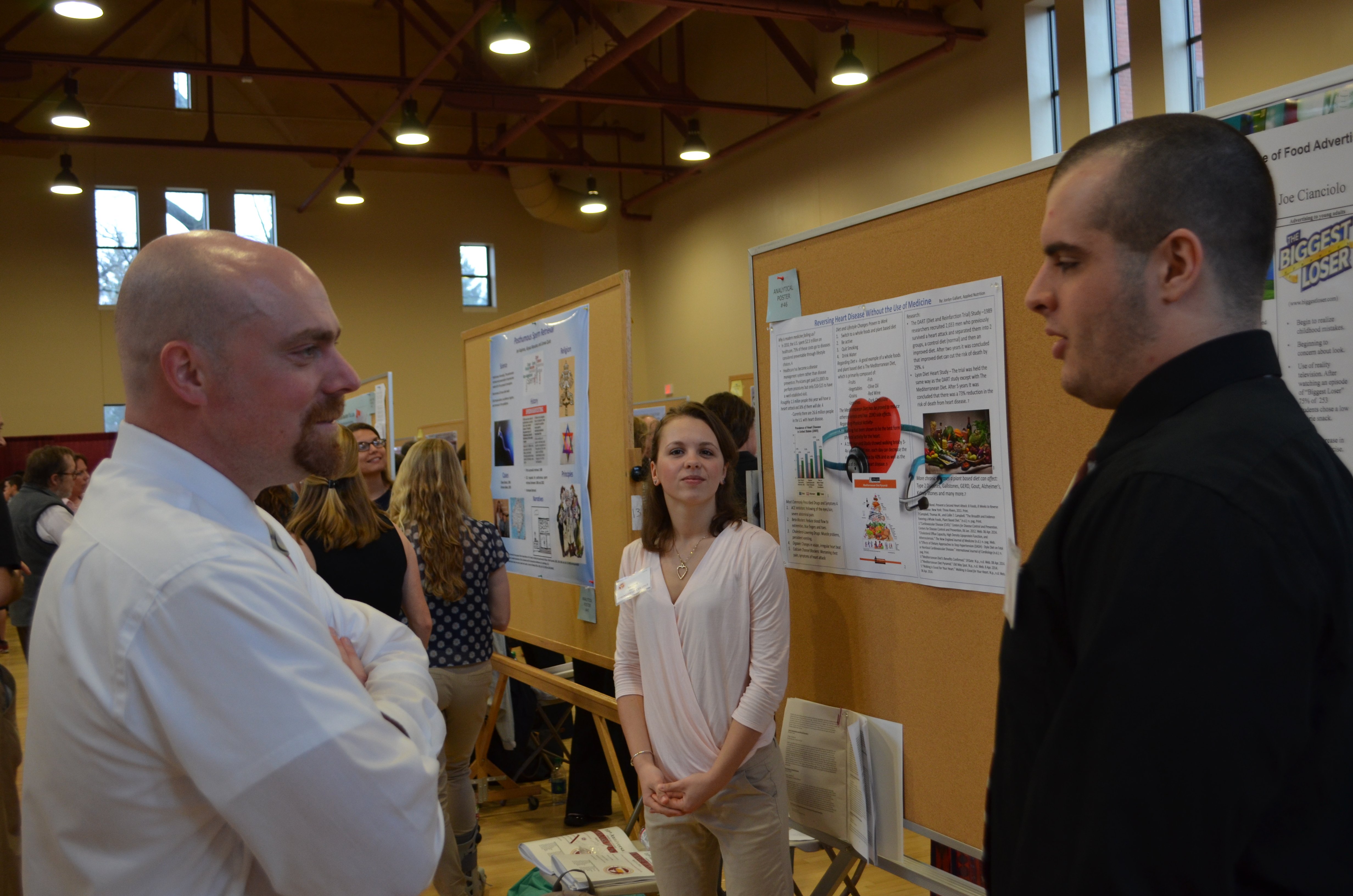 Over 200 Springfield College juniors and seniors presented their scholarly work to the College community on Tuesday, April 14 as part of the 11th Annual Scholars in Action Day.  Scholars in Action Day is designed to showcase undergraduate scholarship at Springfield College. The event is an opportunity for juniors and seniors to share their research, scholarship, and creative activities with the College community.

Human Experimentation from the 1930s through the 1950s

Traffic Stop Encounters: The Race and Behavior of Both Parties Involved

The Growth from Ancient and Modern Pedagogy of Basic Arithmetic

A Polymerization Model Study: Synthesis of an Epoxyenone

Designing a New Website for a Local Non-Profit: Meadowedge Art

“The Role of the Mother and Modernism and Toni Morrison’s

A Mercy and William Faulkner’s As I Lay Dying ”

“The Art of Defying Confinement”

You Don’t Have To Try – Beauty Revealed

Marissa Puchalski – “The Effects of Expressionism, Impression, and Stream of Consciousness on Voice in William Faulkner’s As I Lay Dying ”

You Don’t Have To Try – Beauty Revealed

This piece premiered at Pioneer Valley Performing Arts in Hadley, MA in 2014. It was brought into the Springfield company last fall and performed in the WS FIne Arts Series in December. This past March, the company performed it at New England Region American College Dance Association Conference at Rhode Island College; the piece was very favorably rated by the adjudicators.