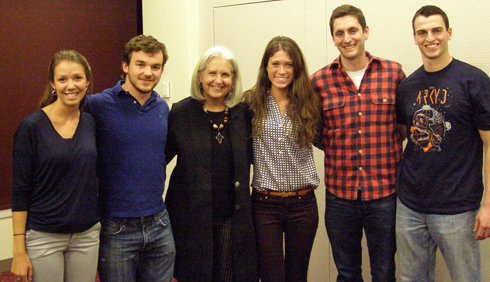 Williams is known for her crucial voice for ecological consciousness and social change.  She has published 14 books and her writings have appeared in the New Yorker, the New York Times, Orion Magazine, and in numerous anthologies.

Her work ranges from issues of ecology and wilderness preservation, to women's health, to exploring our relationship to culture and nature.  From 1987 through 1992, Williams testified before Congress on women’s health in protest against nuclear testing in the Nevada Desert.

Throughout her career, Williams has been the recipient of multiple honors including the Robert Marshall Award from The Wilderness Society, the highest honor given to an American citizen; the Distinguished Achievement Award from the Western American Literature Association; and the Wallace Stegner Award given by The Center for the American West.  In 2009, she was featured in Ken Burns' PBS series, The National Parks: America's Best Idea.