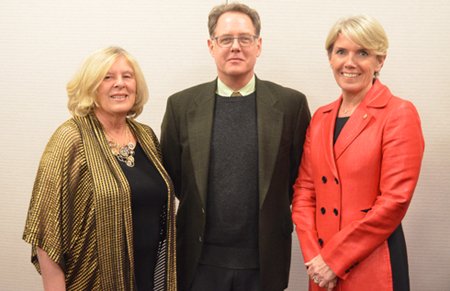 Burr was the guest speaker at the event, providing commentary and visuals of films and stars in contention for the 2014 golden statues.  Following his presentation, Burr led a question and answer segment with individuals in attendance.

Burr has written for the Boston Globe since 2002 and has produced articles on film for the New York Times, Spin, and the Boston Phoenix during his career.  Prior to his time with the Boston Globe, Burr worked for Entertainment Weekly as the magazine’s chief video critic.

The Humanics Oscar Gala was sponsored by the William Simpson Fine Art Series and the 2013-14 Distinguished Springfield Professor of Humanics Carol Mitchell.