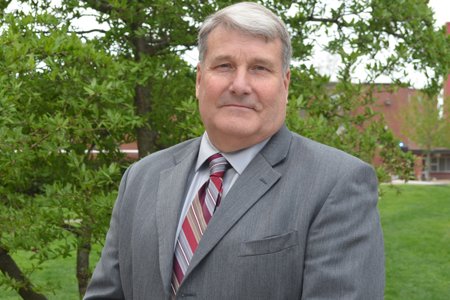 Michael D. Sullivan has been named the executive director of public safety/chief of police at Springfield College. This appointment was recently announced by John L. Mailhot, senior vice president for finance and administration, after the completion of a comprehensive national search for this position.

Sullivan has most recently served as the chief/director of public safety and campus operations at Elms College, a position he has held since 2009.  He previously was employed by the Amherst Police Department for more than 33 years, the last 17 as a sergeant/patrol supervisor with responsibilities for supervision and oversight of as many as 15 police officers.

Sullivan will oversee an integrated public safety program and all police functions at Springfield College. Also, he will be responsible for enforcing the College’s safety and security policies, protocols, and regulations. He will supervise and lead a public safety team of approximately 15 sworn police officers and 35 administrative, dispatch and security staff.

“Michael Sullivan embodies the ideals that Springfield College has long been known for, most importantly, our core mission of education and leadership in service to others,” said Mailhot. “Michael has a clear commitment and vision for overseeing a public safety operation that must be primarily student-centric, while also understanding the nuances and enhanced responsibilities necessitated by virtue of being located in a large and diverse city such as Springfield.”

Judy Jackson is retiring this summer as chief of police after 40 years of leadership and service at Springfield College. Jackson will remain at the College until July 1 to facilitate the leadership transition with Sullivan.

Throughout his career, Sullivan has embraced the ideal of community oriented policing. He views public safety in higher education as not only a responsibility to provide the safest possible campus for students, staff, and visitors, but also as an opportunity to educate students about making good decisions related to personal safety while on or off campus. “I look forward to joining the Springfield College community, and continuing to build on the foundations Chief Jackson established over her time with public safety,” said Sullivan.”New federal regulations and reporting standards around issues of sexual violence, dating violence, and stalking, create an excellent opportunity for public safety to reach out to all areas of campus.  By doing this, we can build on existing procedures, and new data collection tools, to help us create the safest possible environment for students, faculty and staff.”