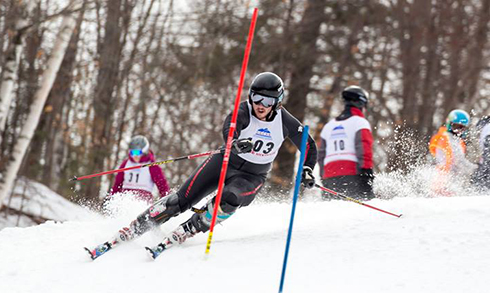 Andrews is a native of Farmington, Maine, where he grew up learning to ski, following in his parent’s footsteps. His winning habits started back in his high school days where he competed and accomplished a state championship. Andrews has been a participant of the Springfield College Ski and Snowboard club team four consecutive years. In three of his last six races, Andrews placed first. Andrews would like to stay involved with competitive skiing through his professional studies, and he aspires to be a high school athletic trainer for a ski and snowboard team.