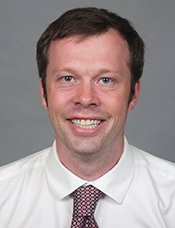 Led by Director of Sports Communication Brian Magoffin and Assistant Director of Sports Communication Jonathan Santer, Springfield College was the only institution in the country across NCAA Division I, II, and III as well as the NAIA, to be recognized by the AVCA in both men’s and women’s volleyball. Their efforts included traditional releases and statistical coverage, in addition to enhanced web and video efforts to promote the success of the men’s and women’s programs, including highlight packages, postgame interviews, and features throughout the season. 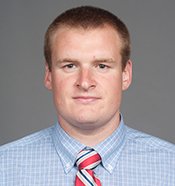 “Brian and Jonathan have a knack for capturing the essence of what it means to be a student-athlete,” said Springfield College Director of Athletics Cathie Schweitzer, who will be retiring at the end of June after 15 years in her current role. “Our sports information team creatively thinks of ways to keep Springfield College athletics at the forefront and the coverage they provide promoting players, coaches, and the volleyball programs is unparalleled.”

"All of our athletic teams at Springfield College are so fortunate to have the level of support and communicative expertise that Brian Magoffin and the sports communications office offer us,” said men’s head volleyball coach Charlie Sullivan. “Not only in marketing our teams, but the information we get from Brian's office is second to none. Brian and his office make our job much easier and we appreciate their level of support.”

The women’s volleyball squad finished with a 20-11 record this past season and made its fifth consecutive trip to the NCAA Division III Championship, the longest such streak in the storied programs history.

The AVCA Grant Burger Media Award is an honor intended to recognize members of the media who have been involved in the advancement of the sport of volleyball, whether it be through consistent coverage in all mediums (sports information, print, broadcasting, web content, college student reporter, and social media), production of volleyball-specific publications, or extensive radio and/or television exposure.  It is named in honor of Grant Burger, former director of sports information and associate director of the AVCA from 1988-1992, whose hard work, innovative mind, knowledge and enthusiasm took the areas of media relations and publications at the AVCA to a higher level and increased awareness of the sport of volleyball nationwide.