Established in 2015 by a committed group of softball alumnae, the Potter Softball Coaching Fund and Potter Softball Program Fund combine to augment support for the softball program. Springfield College’s goal is for both funds to reach $1.25 million. The coaching fund (goal of $1 million) will create an endowment to support the head softball coaching salary and the softball program fund (goal of $250,000) will create an endowment that provides annual support for the highest needs of the program. 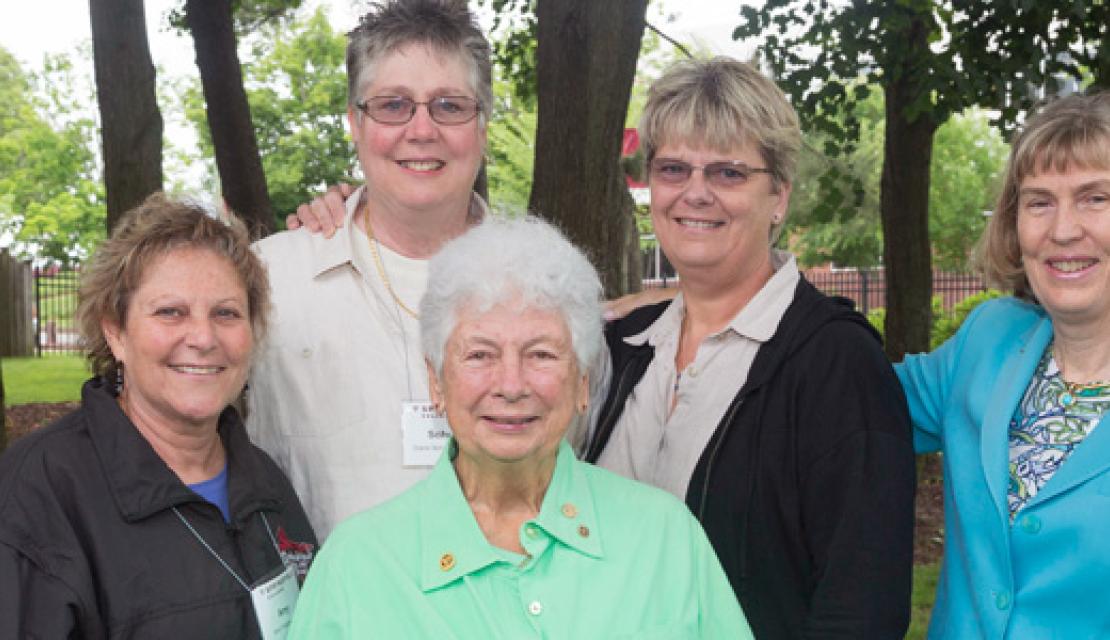 Springfield College has one of the nation’s most highly regarded and respected women’s intercollegiate athletics programs, and Diane Potter, EdD, a pioneer in women’s athletics, is among the reasons why. She served as Springfield College’s first women’s gymnastics and softball coach. She coached the softball team for 21 years (1965-75, 1977-85), compiling a 227-123 record that included four undefeated seasons and a then-school record 25 victories in her final season. Potter played professionally and was a three-time Eastern Major Girls’ Softball League All-Star in the 1960s.

She played in four World Softball Tournaments and exhibition games in Canada. At the request of the Dutch National Softball Association and the Italian Softball Federation, she traveled to Holland and Italy to conduct clinics. In 1974, Potter hosted the Dutch National Team in Springfield, conducting a training camp to help prepare players for the World Championship held at Raybestos Field in Stratford, Conn. Potter served four years as the Springfield College coordinator of women’s athletics and 11 years as assistant director of athletics.

Information about supporting Springfield College is available from: