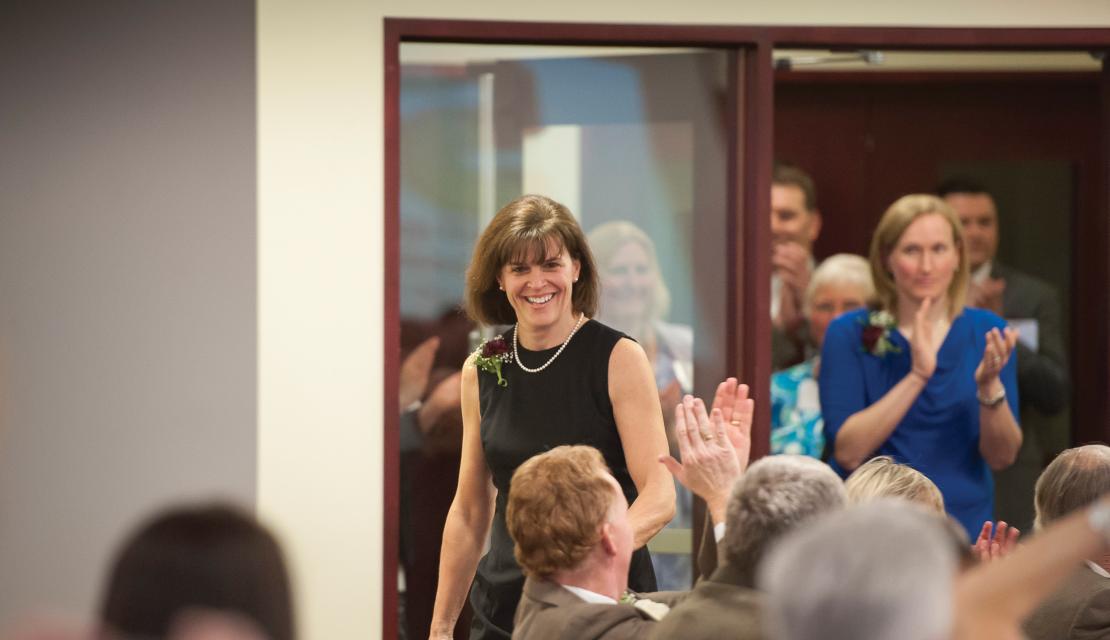 If you really want to honor Kathy Mangano ’86, G’88, and all that she has accomplished, drop the “Dr.” salutation and instead call her “Coach Mangano.”

When Mangano thinks of all the impactful faculty and coaches who influenced her over the years—Diane Potter ’57, Mimi Murray ’61, Dottie Zenaty ’65, Ed Bilik ’57, G’62, Gretchen Brockmeyer ’66—knowing that she shared the honor of being a Springfield College coach with them brings a smile to her face.

“To be called ‘coach’ at Springfield College is a badge of honor, and nothing makes me happier,” Mangano said.

After graduating, Mangano worked at Ludlow High School for a year while volunteering as an assistant softball coach at Springfield College. When the head coaching position became vacant, she was offered the job and coached for the next 20 seasons, posting a career record of 481-394-1.

One of her favorite memories remains coaching the 2001 softball squad to a 41-10 record, the best mark in the program’s history. Despite the team’s stellar record, they weren’t one of the two Division III colleges that received at-large bids to the NCAA tournament because the team didn’t win its conference.

“That team had tremendous heart,” she said.

Apart from the on-the-field success, her proudest achievement is the softball team winning the Pride Challenge award for four consecutive years. The award recognized the team who earned the most points for its academic achievements, service, and involvement.

Mangano has devoted her time on the national level, serving in numerous roles in the National Fastpitch Coaches Association, and in the New England Intercollegiate Softball Coaches Association, acting as president, secretary, and as a member of many committees. Although she retired as head softball coach in 2009, she remains a professor of physical education at Springfield College.